Why the Nigerian army cannot defeat Boko Haram or ISWAP 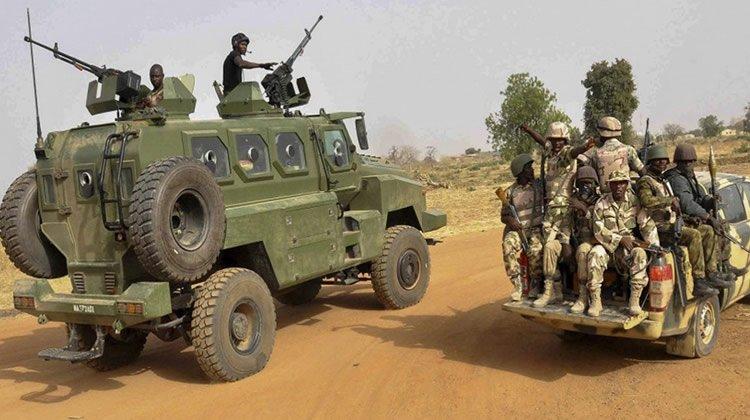 Nigeria is into its 12th year of fighting the Boko Haram terrorist insurgency. Yet, there appears to be no sign of victory. It is safe to say the military and the insurgents are at a stalemate. Perhaps, the only time in the 12-year long war that it looks like victory was near was shortly before the 2015 elections when President Goodluck Jonathan secured the services of South African mercenaries or defense contractors to advise, train Nigerian soldiers and even lead the war against the insurgents both from the ground and air. With the change of government in 2015 however, the contract was revoked and most of the gains made in late 2014 and early 2015 have been reversed.

Although the military has engaged in devious propaganda, claiming to have ‘technically defeated’ the insurgents or to have killed its leader, time and again, all those claims have been proven to be false. Although the leader of Boko Haram is now dead and the group is in disarray, it wasn’t the doing of the Nigerian army. It is rather the result of a takeover by a more violent but methodical and systematic terrorist organization – the Islamic State West Africa Province (ISWAP). When the takeover is complete, Nigeria should expect a more deadly, well-trained, and formidable opponent than the rag-tag Boko Haram.

The often-cited reasons for the failure of the Nigerian army to defeat Boko Haram include poor equipment, demoralization of the troops fighting, and corruption in the top echelon of the military. As much as all these are true, they do not account for why the Nigerian military has been unable to defeat Boko Haram. The real reasons lie in the nature of the army itself. Nigeria’s army is so unprofessional, unethical, unskilled, and riddled with patrimonialism, cronyism and corruption.

Read Also: The Nigerian Army: Understanding the psyche of a bully

What distinguishes a real professional army from a bush militia, as identified by military historians and theorists such as John Hackett, Carl von Clausewitz and Samuel Huntington are, first, highly specialized knowledge and skills in the use of arms and armed conflicts and the observance of strict codes of conducts, often based on rigorous ethical and moral obligations. Secondly, the army must be institutionalized in the Weberian sense, meaning it is rule-governed, predictable, and meritocratic. In the words of Eva Bellin, “it has established paths of career advancement and recruitment; promotion is based on performance, not politics; there is a clear delineation between the public and private that forbids predatory behaviour vis-à-vis society, and discipline is maintained through the inculcation of a service ethic and strict enforcement of a merit-based hierarchy.” An unprofessional army, on the other hand, is characterized by “cronyism, patrimonialism, and lack of ethics; the distinction between public and private mission is blurred, leading to widespread corruption and abuse of power; and discipline is only maintained through the exploitation of primordial cleavage, often relying on the balanced rivalry between different ethnic groups.” What is more, it operates in a classic ‘bush militia’ style with absolutely no regard for professional code of conduct or laws of armed conflict as defined by international conventions. Such an army is rotten and can only be used for the purpose of repression. Its incapacity, unprofessionalism, indiscipline, and inherent lack of organisation are easily exposed when it faces an equally armed group or a professional army in battle.

The Nigerian army, we all know, is not a professional one. Decades of coup d’états and exposure to politics have completely hollowed it out. But Nigeria is a master of isomorphic mimicry – making institutions act in ways to make themselves look like institutions in other places that are perceived as legitimate, but which, in reality, are not. What we currently have is a shell, a deeply decayed and unfit band of militia, armed by the state to protect and defend the government from its people. Beyond that, it is unfit for any other purpose, the least of which is fighting a determined and ideological terrorist organization that is ready to die in defence of its beliefs. The Niger Delta militants were the first to expose how woefully incapacitated the Nigerian army was. They successfully held the Nigerian state by the balls until a multibillion-dollar amnesty deal was negotiated. The government has equally been chasing Boko Haram with offers of mouth-watering amnesty to no avail.

The real reasons lie in the nature of the army itself. Nigeria’s army is so unprofessional, unethical, unskilled, and riddled with patrimonialism, cronyism, and corruption.

Even under civilian administrations, the army has only been used to kill and harass its own citizens – often peaceful, unarmed civilians protesting one form of injustice or another. How does a professional soldier with any training whatsoever, accept an order to shoot at or harass unarmed civilians – a clear war crime/crime against humanity? It’s very simple: no professional soldier will ever accept to carry out an illegal order. It is against every training, discipline, orientation, and strict moral code required of a soldier and gentleman. Soldiers who shoot at, harass or rape unarmed or defenseless civilians are no different from the typical bush militia, terrorists, and criminal gangs. Sadly, that has been the hallmark of our military over the last 55 years. And anyone with a little knowledge of psychology knows this is a typical behaviour of cowards and weaklings who compensate for their utter lack of strength by harassing and killing unarmed civilians. Nigerian troops always complain of demoralization when fighting Boko Haram, but they never complain of demoralization when sent to harass, rape, and kill unarmed civilians. They do it with joy and glee!

I anticipate some objections; with someone pointing to one or two brilliant individuals they know in the military. Sadly, it is not an individual thing. It is a systemic issue. The very training of the Nigerian army is designed to produce cowardly and unthinking zombies that prioritize and celebrate brawn over brains. Many Nigerians and even those within the military establishment know this but cannot openly acknowledge it. But it needs to be said. The sooner Nigerians realise the army is only fit for internal suppression and cannot defend the country or its citizens, the better for everyone.