What does 5% GDP growth mean for the ordinary Nigerian? 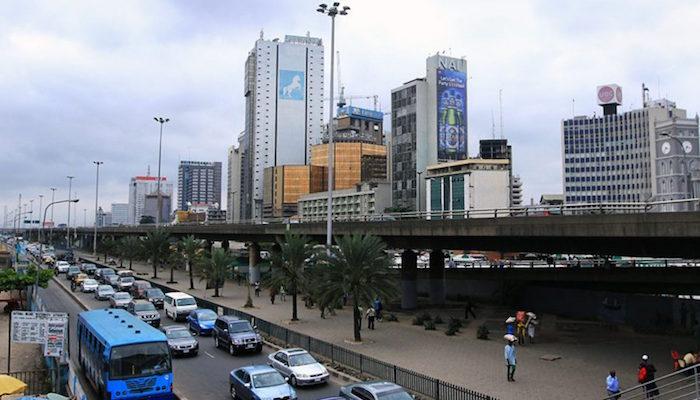 Numbers do not lie. They represent facts by which certain aspects of our lives may be evaluated.

The importance of data in our day-to-day lives is to create a system of measurability to gauge, compare, predict or forecast events. Therefore, if the measurement method is appropriately set, plausible assertions from derived figures or data can be ascertained as valid.

Indeed, the testability and authenticity of derived figures or data lie in their comparability and consequent representativeness with real-life events; real-life realisations should conform to facts embedded in well researched, derived data. When this does not hold, then the validity and reliability of the data are put into question. The data creators must go back to the drawing board to search for a more representative dataset to explain real-life occurrences.

This is the main burden of scientific research.

The National Bureau of Statistics (NBS) is a scientific research body burdened with providing valid data that explain real economic phenomena in the country. They are a set of well-trained staff that include demographers, statisticians, econometricians, economists, data miners, etc. Given this set of experts, one will expect quality data output from their various computations whose figures will be embraced by all to represent national facts.

However, the NBS latest data for Q1’ 2021 gross domestic product (GDP) have drawn much attention, given how the announcement contrasts widely from reality.

While the new growth announcement may seems to signal recovery on the surface, more true events on the inside characterise a Nigeria battered by extreme fiscal and monetary nudity, highly unfavourable terms of trade, highly polarised polity, lack of genuine socio-economic direction and unprecedented sovereign wastefulness. These negative appearances are usually most felt by the commoner who does not understand what a 5 percent GDP growth means.

While GDP growth figures for Q1’ 2021 record 0.51 percent, one may think that a 5.01 percent output growth rate in the next quarter would mirror a truly recovering economy. Also, in June 2021, inflation figures stood at 17.75 percent and then shed some digits the following month to 17.38 percent.

However, these seemingly juicy looking figures can be misleading. For instance, real GDP still lags below its forecast values.

According to FDC data, real GDP has been inconsistent with policy expectations. Actual growth for Q1’ 2021 stands at 0.51 percent, which significantly lags behind the expected value of 2.5 percent and 1.5 percent, according to the International Monetary Fund (IMF) and the African Development Bank (AfDB), respectively.

Also, FDC data show that the nation’s recessionary gap has widened. The country still retains its reputation as the world poverty capital. According to the World Bank, Nigeria’s poverty rate stands at 40.1 percent (2019 estimate), and it is projected to jump to 45.2 percent in 2022.

Furthermore, the population growth of Nigeria still outpaces the growth of output, leading to lower living standards for the majority of Nigerians, rapidly uncontrolled urbanisation and extreme pressure on existing resources. This has led to 93.9 million Nigerians living below the poverty line. At the same time, the percentage of youths in the country without jobs remains 45 percent.

Nigeria’s misery index stands at 50.8 percent. A substantial proportion of the young populace is seeking asylum in neighbouring countries. Others subscribe to immigration programmes hosted by developed economies like Canada, US, UK, Australia, Germany, and so on, never to return.

Hence, it is clear that positive GDP growth as declared by the NBS does not represent the general outlook of the ordinary person in the country.

Indeed, the rest of the world has moved on from ancient macroeconomic challenges that Nigeria still battles today. Plans to contain the next deadly virus are already underway, achieving global net-zero emissions are being strategically planned as countries have commenced production of energy-efficient vehicles, global entertainment is being manoeuvred to positively impact world markets, and so on.

These global activities bear inherent capacities to cater to the majority of each nation’s citizens inclusively. Their welfare effects are also too visible to ignore.

For Nigeria, however, growth in GDP means nothing if people are still unable to eat, clothe themselves or get decent shelter from the harsh environment. A rise in growth that is non-inclusive bears no capacity for sustained development and for which more jobs cannot be created, should therefore, not be rejoiced over.