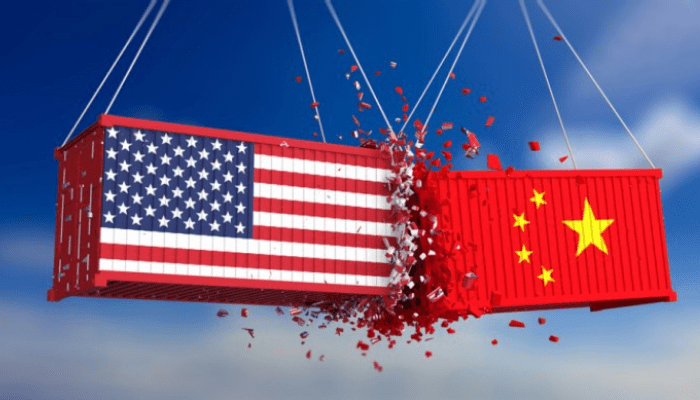 Shipped goods in their volumes throng US’s ports as American-Chinese demand for each other’s merchandise defies the current trade tensions between the two economic heavyweights.

A brief on the US-China trade war

The origin of the US-China economic tussle dates back to the early 2000s, when American economists showed extreme dissatisfaction over the US’s trade deficit with China.

China’s trade policies, it was believed, were fashioned to promote Chinese exports while blocking imports at the same time. Also, the country’s currency was believed to be decisively undervalued against the US dollar. The undervalued yuan caused the ensuing trade deficit that was experienced.

In 2016, US President-elect Donald Trump vowed to reduce the large trade deficit with China as part of his presidential campaign manifesto. To him, China’s trade practices were unfair and lopsided as they included elements of intellectual property theft, forced technology transfer, lack of access for American companies in China and an unequal playing field caused by China’s capital city’s subsidy programme for favoured Chinese companies.

However, the Chinese believed that the US dissatisfaction over their trade position was ill-motivated; America was discontent about China’s rise as a global economic power and sought every opportunity to restrict their ascent to this zenith.

By 2018, the US dealt a hard blow to the Chinese people by imposing 25 percent duties on $34 billion worth of Chinese imports, including cars, hard disks and aeroplane parts. This was going to be the beginning of a lingering trade war between the two rival nations.

The US and China continued to impose additional tariffs on imported goods, leaving each country to bear the burden of additional import taxes to import their purchases.

By the year-end of 2019, when the trade war was at its peak, the US government had imposed tariffs on more than $360 billion worth of Chinese goods while China had retaliated with their import duties worth over $110 billion of American products.

Hence, between 2018 and 2020, a series of retaliatory impulse-response kickbacks in import fines on goods worth several billions of dollars has been experienced between both nations.

How the US and China coping with the current situation

A phase 1 trade deal was signed at the White House with US President Donald Trump and Chinese Vice Premier and chief negotiator Liu He. This new deal was, in part, set to commit China to purchase $200 billion worth of goods and services over the next two years.

Also, some barriers were agreed to be lifted by the Chinese government, and the US would reciprocate this gesture accordingly.

Regardless of the coronavirus pandemic hit, the Chinese agreement on the deal was upheld to a great deal, and the US deficit saw a decline although the Chinese side still experiences large trade surpluses over the US.

Currently, the tussle is still on, and there are unclear assumptions about how President Joe Biden will be handling the issue.

However, despite the heat, Chinese exports to the US have largely overpowered its imports from America in new high records, data from China’s General Administration of Customs reveal.

With China’s purchases of US farm goods going to several millions of tons in quantities, US residents are also reported to import large quantities of Chinese products daily.

As imports from both sides keep climbing, it appears as though the restrictions are not in place or that the pandemic never occurred; while one would naturally expect a disruption in bilateral supplies owing to the ongoing trade issue, the reverse is experienced as Chinese imports from the US booms, possibly in obedience to the signed trade deal with the US. Americans are also importing ample supplies from the Chinese camp, perhaps because they have no other major suppliers of such highly demanded products.

Out of about $259 billion in cargo movements in the US biggest port in Los Angeles, nearly half of this volume accrues to Chinese imports, Bloomberg reports. Household and industry demand by Americans are booming, as companies and individuals are stockpiling in expectation of the Christmas and New Year season, which is just a few months away.

However, these merchandises are causing large bottlenecks at the US ports due to increased shipping costs resulting from the current trade tensions. While some US retailers are absorbing the costs and thinning their profit margins, others pass the incidence to their final consumers.

ALSO READ  As vacations resume, here's why you might want to hire a travel advisor

Hence, US homes must be ready to pay some extra dollars if they must enjoy the incoming Christmas and New Year festivities. At the same time, the Chinese side must also be prepared to forebear the same. The lingering question now is, will the price effect of this bullfight between these economic giants boomerang to the rest of the world?