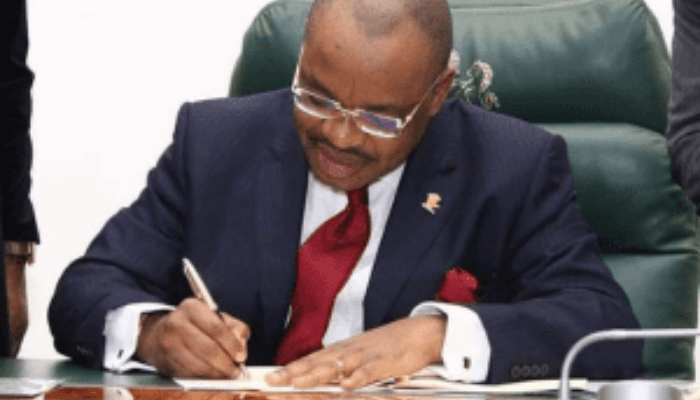 The Governor of Akwa Ibom State, Udom Emmanuel has signed into law a bill to prohibit open rearing and grazing of livestock and provide the establishment of ranches in the state.

Aniekan Bassey the speaker with Uko Udom (SAN), the attorney general and commissioner for Justice presented the bill for signing today at the state Executive Chambers, in the Governor’s Office, Uyo.

The Governor after signing the Bill into Law stated that the new law is no respecter of persons irrespective of status or calibre.

He instructed relevant authorities of the government to ensure that the bill is implemented and enforced to the letter with strict compliance, stressing that culprits must be brought to book accordingly.

The new Law will promote modern techniques in animal husbandry, prevent the destruction of farms by wandering herds of cattle while reducing clashes and killings between herders and farmers in the state.

It will also promote international best practices in livestock administration, regulation, and control in the state, among other things.

The House of Assembly at plenary passed the bill into law, on Tuesday, September 14, 2021, as its commencement date, and Aniekan Bassey, the speaker immediately directed Mandu Umoren, the clerk of the House, to communicate the decision of the house to the Governor for his assent.

Also, the speaker who was accompanied by Udo Kierian Akpan, leader of the house, and Umoren, clerk of the Assembly to the signing ceremony witnessed the inauguration of two Committees by the Governor.