The Dictatorship In Edo By Ebun-Olu Adegboruwa, SAN 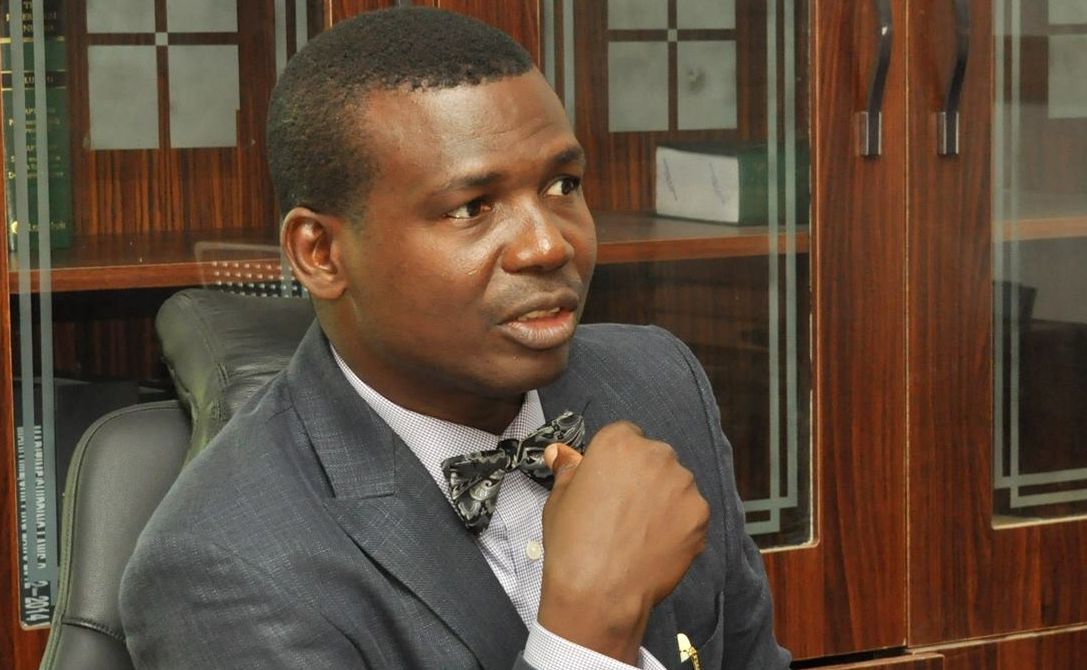 Believe it or not, Edo State is currently under the yoke of dictatorship, for many months running. Prior to his election for his second term in office, His Excellency, Governor Godwin Obaseki had dissolved his cabinet, comprising Commissioners and Advisers. He became more of a lone ranger, trudging along with his Deputy, Comrade Philip Shuaibu, in the run up to the elections. This was after he had successfully emasculated the House of Assembly of the State, through the Courts. We all thought then that it was going to be a temporary malady, but we now know better. We have a governor who is running riot with democracy and good governance, such that over one year after his re-election, Governor Obaseki has no single Commissioner and no Advisers. He is running Edo State upon his whims and caprices, based on his body language or indeed his mood. It is unthinkable that a State blessed with abundant mineral and human resources is being held by its jugular by a single individual, who prides himself as a product of global best practices but is deeply immersed in the ugly cocoon of self rule. How did this happen and who will rescue our dear Edo State?

According to the Britannica, Edo State was created in 1991 from the northern portion of Bendel State, the southern portion becoming Delta State. Prior to this in 1963, the citizens of the territory had voted to separate from what was then the Western region, and the Mid-West region was created. Going by the 2006 National population census, Edo State has about 3, 233, 366 people. Its capital, Benin City, is the 4th largest city in Nigeria. The State has a total land area of about 17, 802 square miles, with an average GDP of about $11.89B and per capita of $3,623. The State is one of the oil-producing States in Nigeria and it is very rich in agriculture, both in subsistence and cash crops. It is equally very rich in timber, rubber and palm oil, with abundant mineral resources like limestone and lignite. It has significant federal presence and it is a transit State within the Southern States of Nigeria. In 1959, a citizen of Edo State, Pa Anthony Enahoro, moved the motion for the independence of Nigeria from colonial rule. This is the same State being ruled by a single individual, elected on the platform of the blood and sweat of the people, ably prodded by a “Comrade” as his Deputy, who should know better.

Let me first share with you the provisions of section 192 (1) of the 1999 Constitution.

ALSO READ  Buhari, Owerri And The Dot In A Circle By Ozodinukwe Okenwa

“192.(1)         There shall be such offices of Commissioner of the Government of a State as may be established by the Governor of the State.”

193. (1)          The Governor of a State shall hold regular meetings with the Deputy Governor and all Commissioners of the Government of the State for the purposes of:

(a)       determining the general direction of the policies of the Government of the State;

(b)       coordinating the activities of the Governor, the Deputy Governor and the Commissioners of the Government of the State in the discharge of their executive responsibilities; and

©         advising the Governor generally in the discharge of his executive functions …”

196. (1) The Governor of a State may appoint any person as a Special Adviser to assist him in the performance of his functions.”

In the exercise of these appointments, the Governor is to observe the principle of federal character in such a way as to ensure that all sections of the State are fairly represented in his cabinet. To all intents and purposes, the Constitution did not envisage a one-man government for any State in Nigeria. Thus, what is going on presently in Edo State is a constitutional anathema that must not be allowed to fester beyond tolerance. The situation in Edo State is made worse by the absence of a functioning legislature. Even before his election for the second term, Governor Obaseki had successfully crippled the Edo State House of Assembly, by refusing to swear in those of its members whom he considered to be disloyal to or pose a threat to his administration. At a particular point in time, cases were filed in court to declare their seats vacant. I recall vividly the very embarrassing report of the situation when sand and gravel were deposited by thugs loyal to the Governor, in front of the House of Assembly in order to prevent members from gaining access to the building to perform their constitutional duties. At another time, the roofing sheets of the building were removed in commando style.

Under normal democratic practice, the legislature is supposed to perform certain oversight functions, to conduct hearings and to review the performance of the annual budget approved for the executive. It is to take practical steps to avoid waste and to expose corruption in all spheres of government. The House of Assembly of Edo State cannot do any of these as that vital institution has been rendered comatose by Governor Obaseki. Without any doubt, Edo State does not deserve a dictator in office, one who would alone decide the fate of over three million people, one who would alone award contracts, pass his own laws in his own bedroom, make his own appointments in his parlour and execute his own projects according his mood and feelings. In the 21st century Nigeria, there is no place for such crude dictatorship and stone-age rulership.

It is amazing how the Peoples Democratic Party has been dancing openly in public without shame, claiming to play opposition politics and daily regaling us with the supposed failings of the Buhari administration when it is harbouring a dictator in its fold. Is it not proper to first remove the log in your own eyes in order to enable you to see the speck in another person’s eyes? Is the PDP content to perpetuate a one-man rule in Edo State and is in turn expecting Nigerians to take it seriously and entrust the government of Nigeria to a group of power mongering leaders who cannot even manage a single State effectively? Or has Governor Obaseki stopped attending meetings of the PDP?

The expectation of the drafters of our Constitution is that every State will have a full blown cabinet, comprising Commissioners and Special Advisers, who would develop policies around their specific ministries based on their expertise and present the same before the cabinet for debate and final approval. In this regard, intellectual debates will flourish and ideas will contend, leading to very robust engagements, for the good of the State. How can a single individual be the Commissioner for Works, Commissioner for Land, Housing, Chieftaincy Affairs, Local Government, Finance, Agriculture, etc? What is the experience of Governor Obaseki beyond the touted boardroom politics, to hold Edo State to ransom as if possessed and intoxicated by power? Why is it so difficult for His Excellency to work with people? If he was so powerful, why didn’t he undertake his campaign alone during the last election? Why did he appoint campaign coordinators and agents all over the State? Having governed the State for four years, I expected that even at the time of his campaign for his second term, Governor Obaseki should have assembled a team of technocrats to move Edo State forward.

And if the House of Assembly has been gagged and rendered useless, what is the judiciary in Edo State doing? Where are the activists and the civil society organisations? Or are they also in connivance with the Governor to rubbish the Constitution? Are they part of this sinister plot to rule Edo State from the bedroom of one man? Where are the Comrades from Edo State? What has become of the NGOs? And if all our Comrades are complicit, what about lawyers and the Nigerian Bar Association? Or is the NBA no longer promoting the rule of law in Edo State, the birth place of its dynamic President? Pray, what is the palace saying about this? Edo State parades one of the most revered traditional institutions in our land. Is the palace comfortable with this self-imposed dictatorship? What about the religious institutions? Are there no pastors and imams in Edo State again, where Archbishop Idahosa once held sway? Can they not speak from their exalted pulpits? And if all these are silent, what of the Students’ Unions?

The Edo infamy has now been exported to Osun and Imo States, where the Governors are running riot in governance without regard to democratic principles. The Constitution in its section 1 has placed itself above any individual or group, when it states that: “this Constitution is supreme and its provisions shall have binding force on all authorities and persons throughout the Federal Republic of Nigeria. The Federal Republic of Nigeria shall not be governed nor shall any person or group of persons take control of the Government of Nigeria or any part thereof except in accordance with the provisions of this Constitution.” This is so clear and unambiguous, that Governor Obaseki cannot seek to govern Edo State in any manner that is inconsistent with the provisions of the Constitution. It should not happen to a State that has produced great and noble minds and patriots.

The way in which we can move Nigeria forward is to use our individual platforms to promote reforms that we desire for the good of our people. In this regard, Governor Obaseki should retrace his steps and immediately set out to constitute a cabinet for the good people of Edo State and stop his one-man rule forthwith. No tenable excuse can be rendered by His Excellency, to explain that one year after his election, he has not found people worthy to be constituted as the State Executive Council, to hold regular meetings with them, to deliberate on policies and programmes that will move the State forward. In a State led by a trumpeted technocrat, assisted by a ‘Comrade’ as his Deputy, we do not expect anything less than transparency, accountability and team work. Democracy can never thrive in the house of one man, in the mind of one man and in the office of one man, no matter the depth of his knowledge and experience. Let us have a cabinet in Edo State now!