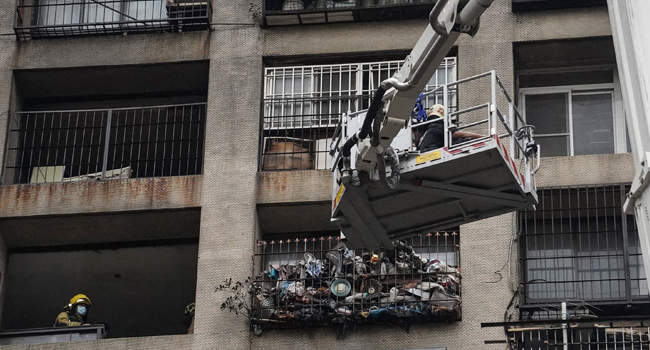 An overnight fire tore through a building in the southern Taiwanese city of Kaohsiung on Thursday, killing 46 people and injuring dozens of others, officials said.

The blaze broke out in the 13-storey, mixed-use building in the small hours of Thursday morning, according to officials, raging through multiple floors before firefighters finally got it under control.

“The fire caused 41 injuries and 46 deaths,” Kaohsiung’s fire department said in a statement to reporters.

Most of the deaths were on floors seven to eleven which housed residential apartments, fire officials said. The first five floors were for commercial use but were unoccupied.