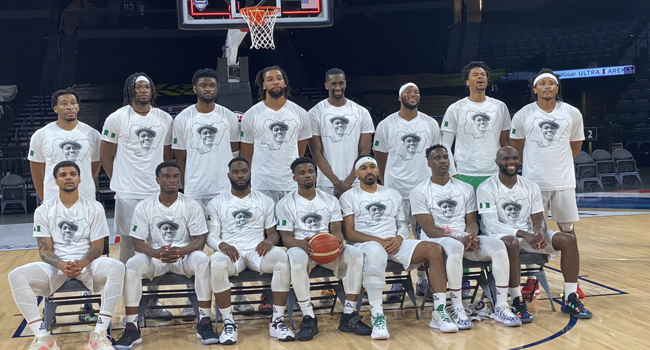 To pay their respects, D’Tigers players wore white t-shirts with the late singer’s image and name printed on them.

In addition, the musician was honoured with a moment of silence within the arena.

“We lost a member of our family this week. D’Tigers will honour the great Sound Sultan with these warmup shirts tonight. RIP. Your legacy will live forever,” the NigeriaBasketball team said in the post on Instagram. 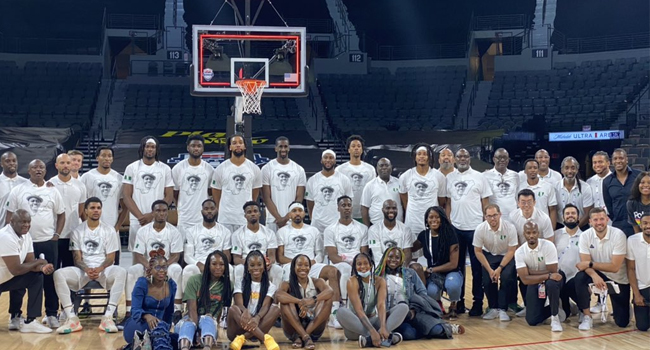 He was buried in New Jersey, U.S. on Sunday (the same day he died) according to Muslim rites amidst tears and tributes.

Sound Sultan was a die-hard basketball fan. In Lagos and Nigeria, he aggressively promoted the sport.

In his condolence message to the Fasasi family and the music industry, President Muhammadu Buhari said the singer “was kind, generous, and deeply passionate about issues in the country, which reflected in his music and art, and as an avid basketball fan, he made telling contributions to the development of local basketball in the country.”

Following the demise of the African Basketball League, Sound Sultan teamed up with the Continental Basketball League’s organizers to become a team owner of the Lagos City Stars (2017 champions) and a league entertainment facilitator.