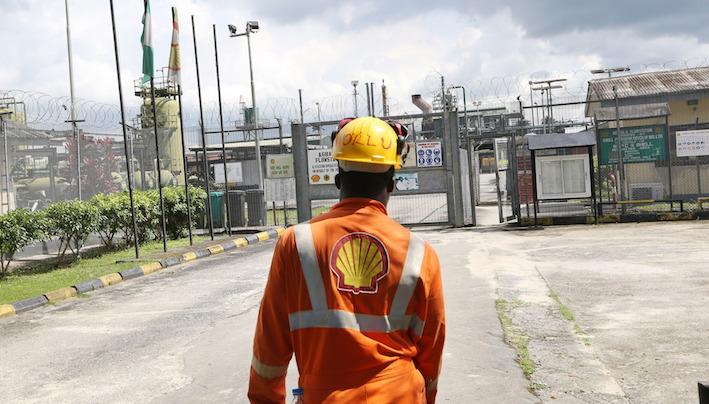 Guaranty Trust Bank Plc doesn’t see the likelihood of any client raising the estimated $2.3 billion needed to purchase the Shell assets, said Segun Agbaje, CEO of the financial group that owns the lender.

Such a deal would require a syndication of up to $1.8 billion, and it “can be very tough to raise this kind of funding locally at the moment,” Agbaje said.

Shell said in May it would exit its onshore oil position in Nigeria, which it no longer considers compatible with its strategic ambitions.

“When I look at the books of Nigerian banks today, I don’t see a lot of dollar liquidity,” Agbaje told an investor conference call in Lagos on Tuesday. “It’s becoming a very difficult deal for people to pull off.”

Nigerian banks, which in 2013 syndicated $3.3 billiondebt to Dangote Industries for a refinery and petrochemical plant and recently financed Heirs Holding’s $1.1 billion acquisition of OML 17, have seen their capacity to take on such deals wane considerably.

Guaranty Trust, which transited to a financial holding company last month, is seeking central bank’s license to set up a payment firm to cushion challenges in its core operations, according to the CEO. It is also awaiting the approval of regulators for an acquisition that will enable it operate pension and asset management businesses, he said.

ALSO READ  Older Americans Stockpiled a Record $35 Trillion. The Time Has Come to Give It Away.

The lender’s net income dropped 16% in the first half to 78.1 billion naira ($189.8 million) after interest earnings from loans and investment securities declined 22% to 116.9 billion naira. “Our desire in the medium to long term is that the three new businesses will contribute about 30% of group profit.”