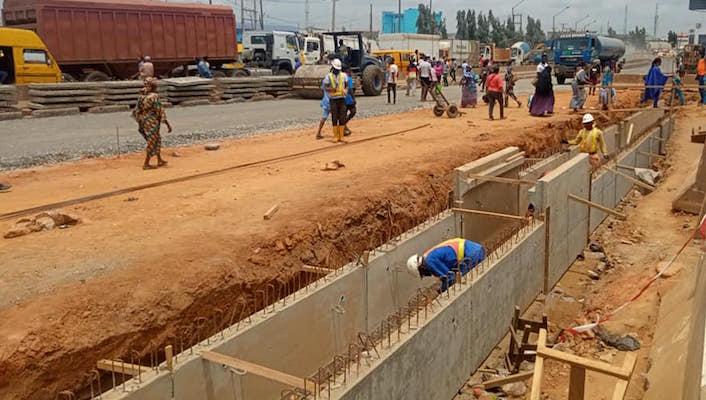 Nigeria’s minister of works and housing, Babajide Fashola, on Wednesday said that the full reconstruction of the collapsed Lagos-Sango-Ota-Abeokuta expressway will gulp N56 billion.

Fashola, who explained that the Federal Government was not looking away on the deplorable condition of Lagos-Sango-Ota- Abeokuta road, added that the government was committed to fixing the road as a total of N13.4 billion has been approved for immediate commencement of palliatives.

The minister, while speaking in company of Governor Dapo Abiodun of Ogun State at the inspection of Sagamu Interchange Bridges on Lagos-Ibadan expressway, said the Federal Government was ready to borrow money to fix the deplorable road, which had elicited several protests by residents and motorists.

He added that the cost of reconstructing the entire road was put at N56 billion and the Federal Government would start the capital project first with the reconstruction of failed portions, which would serve as palliative measures with N13.4 billion.

“We are not looking away from the condition of Ota/Abeokuta road unlike some people are saying. The Federal Government in conjunction with the Ogun State government is committed to fixing the road.

“Palliative works would soon start on the failed portions which shall be reconstructed so that when reconstruction of the entire road starts, it would not be about waste of money, but a mere joining the portion to link each other.

He, however, asked both governors of Ogun and Lagos, Dapo Abiodun and Babajide Sanwoolu, respectively, to prevail on members of both chambers of the National Assembly representing the two states to influence and speak in favour of the road, when debates on the 2022 budget proposal start.