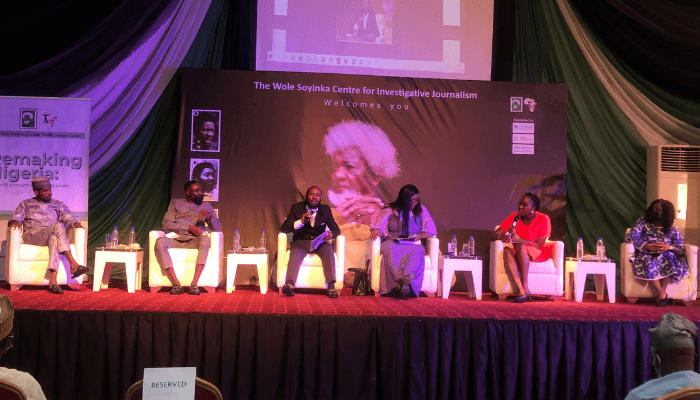 The speakers shared ideas bordering essentially on ways Nigeria can come out of its current regressive state and evolve into a nation that works for all, driven by the theme, ‘Remaking Nigeria: Towards a secure and viable union.’

Considering the power of education, Ahmadu Shehu, said the current way the basic education system is run in the country has failed to encourage nation-building in Nigerians.

He recommended a community-based model where each community would set up a committee to run the school; noting that the approach has the capacity to bypass the administrative, legislative, budgetary and financial bottlenecks of the current system.

For Hafsat Abiola-Costello, identifying the problem, understanding how the system works and creating alternatives, were the three-step recommendation for reclaiming a prosperous Nigeria. She also observed that the problem in the country is global and warned Nigerians to be more conscious about challenging the issues at the continent and global level.

Like many Nigerians with opinions on restructuring, Moses Ochonu, in his speech, made a case for the Nigerian constitution to be restructured and decentralised, this, according to him, is because the closer an institution gets to the people it serves, the higher the people’s stake in it

“…Region(s) without oil will be compelled to generate revenue outside crude oil and be motivated to demand accountability and financial prudence from their elected leaders,” he said.

In his contribution to the conversation, Inibehe Effiong, lamented the continuous and flagrant invasion of the civic space by the current government. While he held that the rule of law is assaulted in Nigeria and that some laws have been introduced to stifle the press, he charged Nigerians to take up the fight to challenge impunity in the country through public litigation and engagement by the civil society to salvage our country.

Speaking on Nigeria’s unity, Victoria Ibezim-Ohaeri, traced the problems choking the country to its excessive focus on crude oil.

This, she said, limits the imaginative and entrepreneurial ability of states and called for an end to all the laws that vest control of natural resources on the federal government, which according to her, impoverishes the states.

Bringing in the plight of the Niger Delta region to the conversation, Saatah submitted that Nigeria has built an economic system around extracting crude, and in the process degenerated the environment and disincentivised other opportunities outside crude oil.

He also said there has not been a comprehensive audit of the Niger Delta region for the over six decades of oil exploration in Nigeria in order to ascertain the level of environmental degradation going in the region.

While Ndi Kato passionately canvassed for economic and financial autonomy for women, their inclusion in social, economic and political spheres, and also called for equal rights for men and women, and challenged discrimination against women; Motunrayo Alaka averred that the press exists to hold the government accountable.

She noted that the proposed National Broadcasting Corporation and Nigerian Press Council bills, and other actions of the government are attempts to stifle free speech, and also called on the media to assert its independence, rethink its sustainability, collaborate and deploy technology in defence of truth.