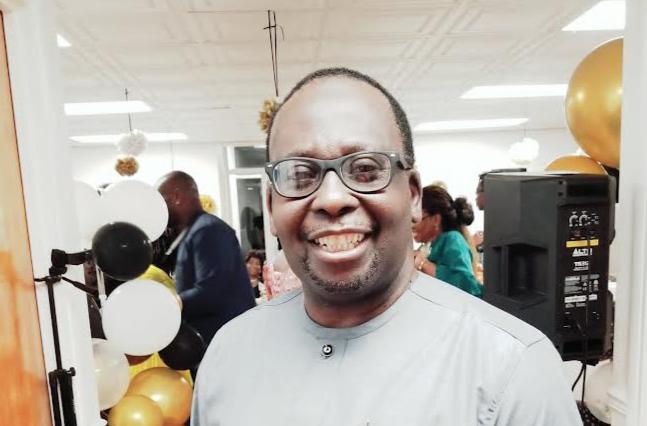 In a scathing indictment of Pastor RUGA Osinbajo, activist Omoyele Sowore described Osinbajo “as dangerous as his principal, Buhari.”

On Monday, Sowore reacted to what Pastor RUGA told top officials of Nigeria’s High Commission in Britain during an interactive session. “I have said it several times that @ProfOsinbajo is as dangerous as his principal, @MBuhari!” “They plot all the evils afflicting this country together.” “He’s in on every action of the regime. Because Muhammadu Buhari’s deceiving the Bozo that he plans to hand over power to him, he’s blabbing up and down. Buhari remains one of Nigeria’s most unpopular rulers ever! Buhari has no iota of credibility both as a human being or a ‘leader.’ Shame on miniman OSINBAJO. #RevolutionNow #BuhariMustGo

Pastor RUGA: “The President is possibly the most popular Nigerian politician we ever had in generations. He is possibly the only person who can go into a place or somewhere without bossing people to gather and they will come and listen to him speak. We need that level of credibility to be able to solve problems in our country. And I think because of his level of credibility, despite everything, he is still the only one that can call everyone, and even people who do not necessarily agree with him know that he is a man of his words.”

We all know Buhari, The Butcher of Aso Rock, has no ounce of credibility. We all know he’s not a man of his words. We all know he is too dumb, too deaf, too unintelligent to converse, interact, relate, and communicate with people. We all know he is the worst and the most unpopular Nigerian politician we ever had. We all know he’s not out to solve Nigerians problems but rather set the country on collision course via his policies of nepotism, ethnic cleansing, and his open sponsorship of Boko Haram and Fulani terrorists. We all know his agenda is to Islamize Nigeria, make Nigeria a Fulani country strictly governed by Sharia and draconian Islamic culture.

It was Thomas Aquinas who said “The conscience is the God-given voice that either accuses or excuses us in terms of what we do.” Here is the supreme irony and tragedy of Pastor RUGA as a lawyer and a pastor. The more he lies, the greater the guilt he incurs. But the less sensitive he becomes to the pangs of guilt in his conscience. Pastor RUGA lies so much that he has destroyed his conscience and to the extent that it doesn’t matter when and how he lies as long as he makes him look good for the moment and for his dictator boss. His sense of guilt that accompanies wrongdoing diminishes every time he oozes out a bagful of lies. Because Pastor RUGA embedded himself in lies, it is no surprise that he joins Buhari to unleash evils on Nigerians.

Proverbs 12:22 reminds us that “Lying lips are an abomination to the Lord, but those who act faithfully are his delight.” Because Pastor RUGA has destroyed his conscience, he’s doing everything in his power to destroy the conscience of others. As a pastor without conscience, sing praises of Buhari by making proclamations like “Buhari is the most popular politician of our generation.” Pastor RUGA adjusts his conscience to fit the political culture. He tries everything in his power to excuse and defends Buhari: “… he’s a man of his words.” Pastor RUGA is a disgrace to the law profession and to the Redeemed Christian Church of God (RCCG).

As a pastor, we expect his conscience to have been captured by the word of God. Instead his conscience has been held captive by lies, greed, corruption, dishonesty, and other predatory instincts. Pastor RUGA Osinbajo, where’s your conscience? Where’s your God?