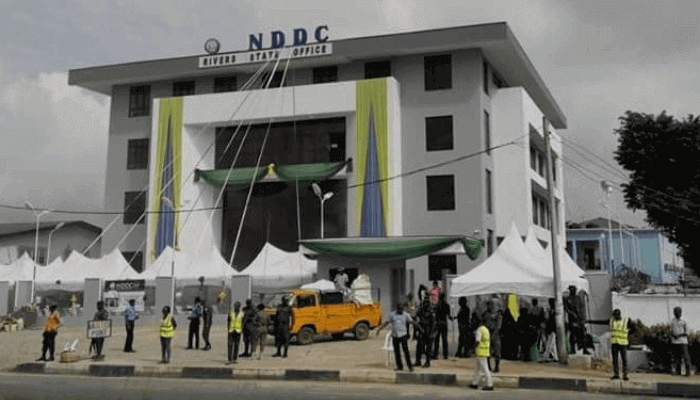 The Civil Society Coalition on Audit in Nigeria (CSCAN) has alleged that N15.3 billion meant for development projects under the Niger Delta Development Commission (NDDC) between 2008 to 2018 is unaccounted for by the commission and contractors.

The coalition said in the last six months (March-August), it carried out an assessment of the Audit Reports on NDDC published by the Office of the Auditor-General for the Federation in February and found that 115 of the development projects were either abandoned, poorly executed or not executed at all.

While presenting its 293-page report, the coalition recalled that in February 2021, its analysis had found that N90.9 billion on 176 contracts was unaccounted for within the aforementioned period.

Olusegun Elemo, executive director, PLSI explained that N98.5 billion was awarded to the contractors for 115 of the 176 projects and a total of N61.8 billion was paid to contractors, but N15.3 billion is yet to be accounted for.

Elemo added that 18 of the projects had no trackable location.

He informed that the projects cut across education, health, water, road infrastructure among others.

” This is a snippet of what we expect to be in the forensic audit report and we urge the federal government to make it public for Nigerians to demand accountability. The region does not deserve this”, he said.

ALSO READ  Lockdown made them do art

Odeh Friday, country director, Accountability Lab reiterated that Nigeria is in a complicated financial corner, and there is a need for the federal government of Nigeria to re-consider a new audit bill which is very key to good public governance and strengthening accountability mechanisms in government MDAs.

This, according to him can drastically reduce the mismanagement of Nigeria’s lean resources and improve the trust level between citizens and the government in open governance and transparency.