Out Of The Shadow, Egypt Money-Pooling Apps Thrive 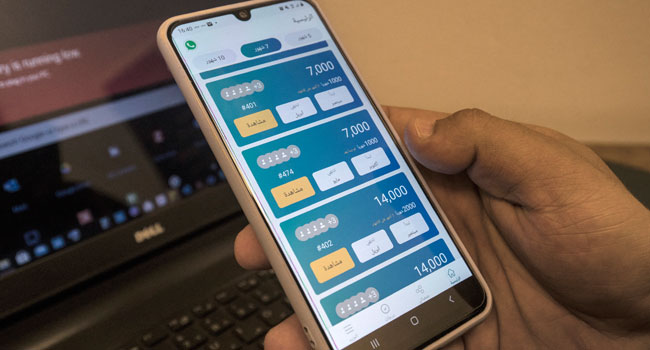 Cash-strapped Egyptians fearful of banks have long relied on a “gameya” to access money in time of need, but now tech startups are cashing in on the age-old money-pooling association.

Navigating an app with strangers is “easier and safer” than the traditional face-to-face practice, said one user, Menna Shaarawi, 31.

“I receive the money in my bank account without any delays and I don’t have to chase after people to get what’s owed to me. It’s perfect really,” the marketing manager told AFP about her use of the ElGameya (association in Arabic) app, which is quickly rising in popularity.

Dina Rabie, an economist and lecturer at the British University in Egypt, explained that the gameya is “more of a social norm” in the country where the practice dates back to at least the turn of the 20th century.

The cooperative system that allows people to save and borrow money is popular in parts of the world, including Africa and Latin America.

Participants put an equal amount each month in a pot and take turns to collect the sum that has accumulated.

On average, a gameya lasts between five and 20 months and is not limited to a particular economic class, Rabie said.

Almost 30 per cent of Egypt’s 102-million-strong population lives below the poverty line, according to state figures. Less than a third of Egyptians have bank accounts, a 2017 World Bank report said.

The gameya is often formed among relatives or co-workers facing financial hardships.

Operating outside the confines of a formal banking sector, it works particularly well for young couples saving up for a wedding or for a health emergency that requires hefty fees.

In a country where 63.4 percent of workers earn their income from the informal economy, according to the World Bank’s 2018 figures, such avenues often prove essential.

Ahmed Mahmoud, 28, who founded the ElGameya app in 2019, said: “In three simple steps we get rid of logistical hassles” that come with the old way of doing things.

Users need to register, upload their supporting documents and sign a contract to start using the app, he said.

Registration requires a national identity card rather than a credit card or other proof of finances, while contributions can be made via cash or electronically with a mobile phone.

One user, Ashraf Salah from the southern city of Qena, said he was “skeptical” at first.

“But after I registered, I ended up raising money to renovate my home.”

Salah said he likes the anonymity the app provides, unlike the “embarrassing” traditional method where everyone knows how much you put in the pot.

Mahmoud, of ElGameya, maintains that his app contributes to “financial inclusion”, an initiative espoused by the authorities to integrate the finances of Egyptians into the formal economy.

The Central Bank of Egypt is cooperating with both apps to incorporate the savings of Egyptians, shifting them from the shadow economy to a more formalised setting.

They attribute this to their “solid evaluation system” where users get higher credit ratings if they can provide more proof of their ability to pay funds.

In Cairo’s competitive and well-established startup ecosystem, both ElGameya and MoneyFellows say they have boosted their user bases by around 700 percent and 300 percent respectively in the last year.

Mahmoud said that the coronavirus pandemic actually helped, rather than hindered, the expansion.

His app has 30,000 clients, including 30 percent from rural and economically marginalised Upper Egypt in the country’s south.

ElGameya has mostly attracted people “who want to get married or pay for private schools”, Mahmoud said.

A study by the American University in Cairo found that 43 percent of Egyptians who have savings are part of money-pooling clubs.

But some, like Ragab Farghaly, 50, question the need for an app, where fees are charged.

“We help each other out and the whole issue is based on trust so that’s why I don’t like the online gameya,” he said.

“I know the people in my gameya. If one of them doesn’t pay up I go to their brother or mother and they pay instead of him.”

While Farghaly likes to keep things close to home, MoneyFellows and ElGameya are looking further afield and eyeing Africa and the Gulf.