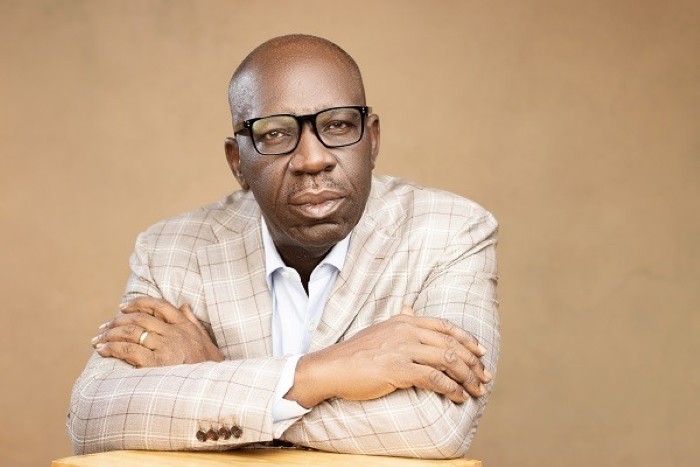 EdoBEST is easily our flagship project. Three years ago, when we started our first term, we realised that we had a major challenge with young people in Edo State trying to travel out. There was a huge amount of human trafficking and migration.

A lot of these kids could not find jobs because they were not employable and the reason was the educational system had collapsed. Many hadn’t gone through school, so they didn’t have skills in numeracy or literacy.

For us as a Government, it was a wake-up call that we needed to do something more fundamental. We needed to look at the foundation of our educational system, understand why the kids were not learning and quickly do things to fix this. And that led us to take up a very grand and bold project which we turned into the Edo State Basic Education Sector Transformation programme, which we named EdoBEST.

We can tell how many children came to school, and at the end of the period, we can now test and see whether those children really received learning. We have 250,000 children in this programme in Edo State.

What has been achieved? We decided to review what these children are really learning. We used standard tests to examine fluency, literacy and numerical skills at every age. The outcomes, which are independently measured, showed that the children in EdoBEST now are learning at about 70% of the rate of their counterparts in Europe and Asia.

That same review of the average situation in Nigerian schools measured them at about 30 percent. So while the average Nigerian is 30 percent, Edo State is at 70%.

It took countries like Singapore, like Korea two to three decades to achieve these speeds. So in less than three years, we have moved to a situation where Edo kids are now reading at a similar rate to their colleagues in Europe and Asia. And we will get to 100%.

How have we done this? I am fortunate to have committed colleagues and staff in the primary education board who believe in what we are doing and have committed their lives to it. For a reform process like EdoBEST to be a success, colleagues have to wish to take on this kind of reform; they have to be personally motivated, they have to show commitment. When you show commitment and everybody knows the Governor is interested and this is important to the Governor everybody else will invest. Leadership is key.

We realised we didn’t have the resources within Government, so partnering and looking for the right partners particularly in the private sector to work with you is also important. And it must be with people who understand that you are committed; it is about working closely with them.

So what is next? The children who began in EdoBEST are now 12 and going on 13. We want to see them through life. EdoBEST 1.0 was meant to cover primary one to primary six. Now we go to the graduates in primary six, into junior school. With the support we are getting from the World Bank we’re expanding EdoBEST. It will now be EdoBEST 2.0, into junior secondary schools and eventually into the senior secondary schools and also into a technical school.

What we hope to achieve with EdoBEST 2.0 is that over the next three to 5 years, all our junior schools will present the same way as the primary one to six schools, so that by the time you are 15 and you leave basic school, you have achieved a certain minimum rate of numeracy and literacy.

Even if you don’t have the privilege of going onto higher education that provides a base that is a foundation for life. That is our aim.

Taken from an interview with CNBC Africa on 30th June 2021.