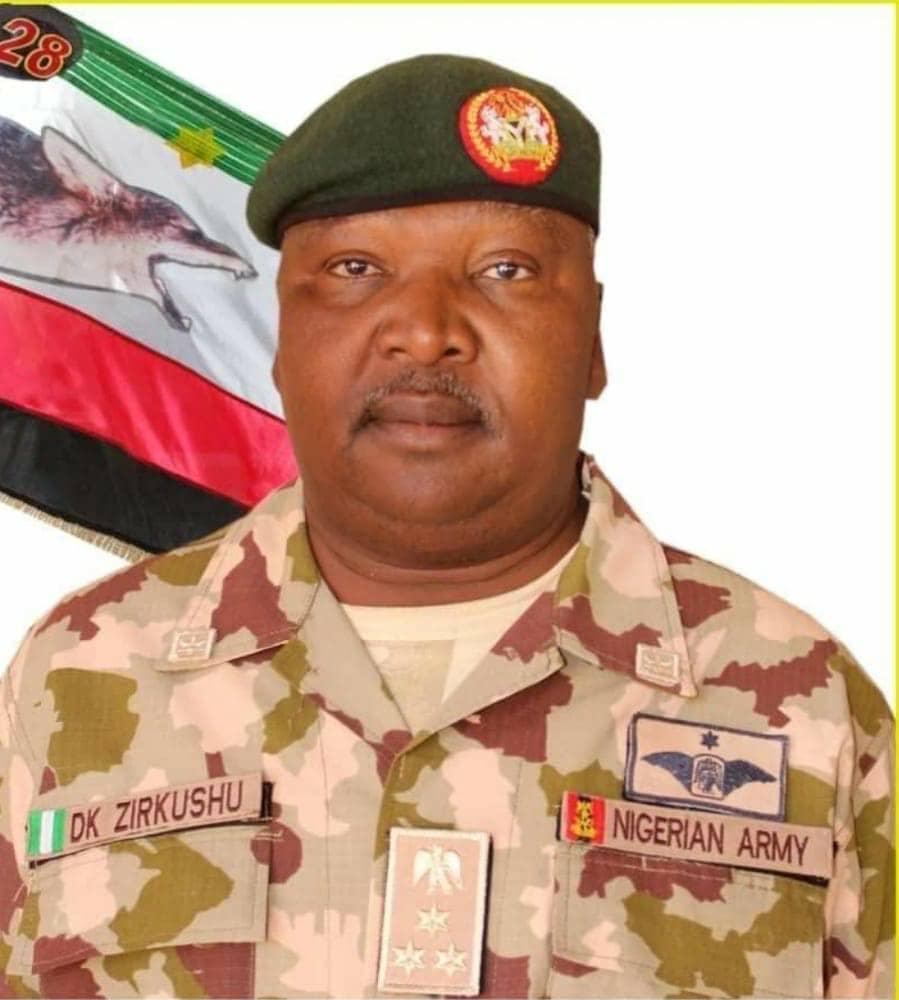 Slain Brigadier-General Dzarma Zurkusu would be buried on Friday, at the military cemetery in Yola, the Adamawa State capital, SaharaReporters has learnt.
Zurkusu was killed alongside four soldiers in an ambush by the Islamic State West Africa Province (ISWAP) terrorists, in Uba Askira, Borno State on November 13, 2021.

SaharaReporters had on November 15, 2021, reported that terrorist sympathisers in the Nigerian Army leaked the Brig-General’s movement to the ISWAP, according to a family source.
The Brigade Commander of the 23 brigade Yola, Brigadier General Aminu Garba Mustapha, told SaharaReporters on Thursday that “the slain General would be buried on Friday by 3pm at the military cemetery in Yola.”
Meanwhile, the Adamawa State Governor, Ahmadu Fintiri, has declared a 3-day mourning to honor the departed military General.
A statement issued by the Director General, Media and Communications to the governor, Solomon Kumangar, said the governor directed that mourning period starts from Friday to Sunday.
He said, “Governor Ahmadu Umaru Fintiri has declared a 3-day mourning period for the late Brigadier General Dzarma Zurkusu as a mark of honour for his sacrifice to our fatherland.
“During the period which commences on Friday 26th to Sunday 28th November, 2021, the National flag is expected to fly at half-mast across the state.”