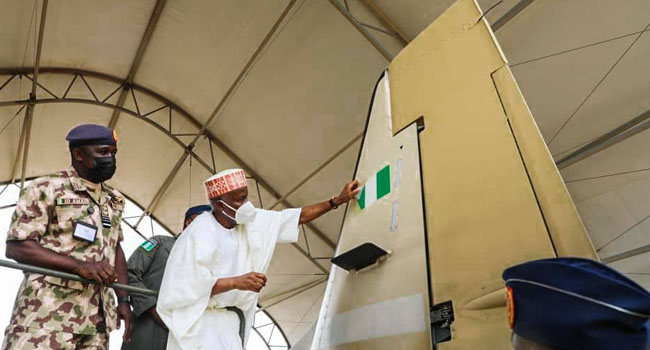 Nigeria has received the first batch of  A-29 Super Tucano aircraft procured from the United States of America.

The governor of the Central Bank of Nigeria  (CBN), Godwin Emefiele had some months back hinted that the West African nation was expecting the fighter planes from the US as the country steps up efforts to combat insecurity.

“About three years ago, the federal government and the United States signed a pact that resulted in a government to government acquisition of military equipment out of which we are expecting twelve Tucano aircraft or fighter planes that will help combat insecurity,” the apex bank boss explained during a two-day Monetary Policy Committee meeting in Abuja where he also expressed optimism that Nigeria will overcome its security challenges.

“I am aware that six of them are coming to the country in the months of July and August.”

The arrival of the aircraft is a major boost to the country where mass abduction of students, banditry, and terrorism have become commonplace in northern Nigeria, and separatist movements have gained momentum in the south.