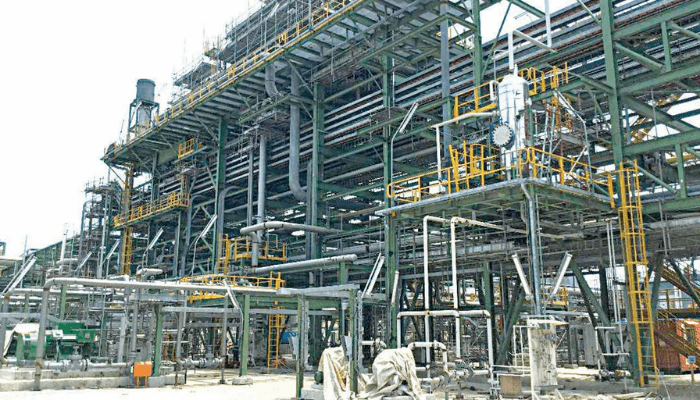 The Nigerian government is finding it hard to say goodbye to oil business as oil industry operators have raised a red flag about a relatively unknown policy that imposes Nigerian National Petroleum Corporation (NNPC) on private refinery business.

Citing the need to ensure energy security for the country while explaining the state corporation’s interest in Dangote’s refinery, NNPC general manager, group public affairs division, Kennie Obateru said there is “a Federal Government policy directive which stipulates the mandatory participation of the corporation in any privately-owned refinery that exceeds 50,000 barrels per day capacity in keeping with its statutory role of safeguarding national energy security.”

Most energy lawyers and industry experts are surprised about this random policy direction by the NNPC, considering it was never stated or reflected in the Nigerian National Petroleum Policy.

Antony Goldman, director of Promedia Consulting, which specialises in political and security risk in sub-Saharan Africa said “this move by NNPC raises the whiff of interference from entrenched lobbies seeking to dilute the reform process.”

However, history also shows NNPC decisions have mostly been either political or deliberately tailored to favour particular individuals.

“As long as the market cannot second guess with transparency the basis for decision making, investors and those who decide where capital goes will be wary of any arrangement in which the government keeps and indeed extends its hands in business,” a senior executive in one of Nigeria’s modular refineries said.

While an argument could be raised that NNPC being a national champion could have the duty of protecting national or collective interests by buying equity in all refineries to interfere in the market in accordance with national interests.

“Nevertheless, this would amount to a policy flip flop and a return to statism. NNPC’s record of managing its own refineries is abysmal and they have not demonstrated their ability to turn Nigeria into a fuel-products exporter,” Daniel Adebayo, a Lagos-based commercial lawyer exposed to Nigerian refinery business said.

Other arguments in favour of NNPC’s decision could be that the investment in the refineries is a form of public-private Partnership (PPP) or NLNG model, however, this also does not hold because the government is “required to invest in PPP opportunities at inception and not nearer the completion stage.”

“Should the NNPC proceed with this arrangement to acquire equity in the refineries, the investment is likely to be done at a premium to the investment (more costly) done by the sponsors of the private refineries. Hence giving the appearance of state capture or rent-seeking,” Charles Akinbobola, energy analyst at Lagos-based Sofidam Capital said.

Other industry experts said investments in the refineries will send the wrong signals to the Bretton Wood organisations, DFIS and investors (local and global), that the government is not serious and not ready to address its challenges.

A few weeks ago, it was reported that four oil companies including Nigeria’s state oil company the NNPC have approached Dangote Industries to acquire a stake in the refinery it is building.

This refinery is critical for Nigeria, which relies heavily on fuel imports for its needs.