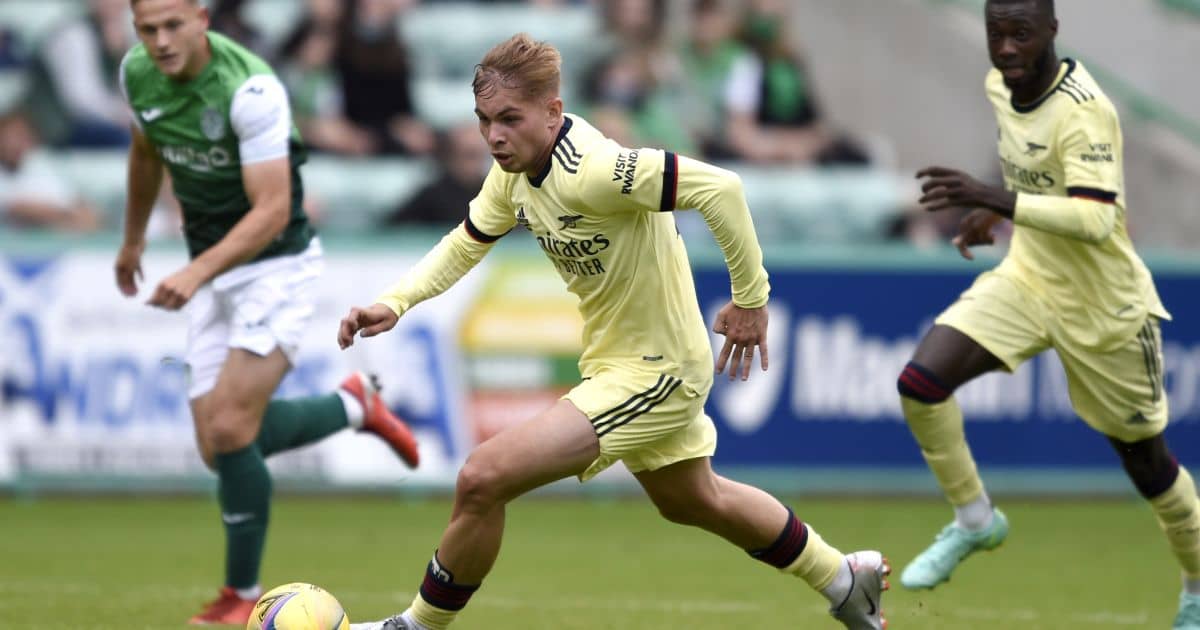 Arsenal boss Mikel Arteta offered several reasons for his side’s defeat to Hibernian on Tuesday and then said there was “no excuse” for the shock loss.

Arsenal lost 2-1 to the Scottish Premiership side in their first friendly match of pre-season at Easter Road.

Arsenal missed a number of chances with Eddie Nketiah and Reiss Nelson going close early on. Hibs though took the lead when Arthur Okonkwo miskicked a tricky back pass from Cedric Soares. That left Martin Boyle (21) to tap home.

In the second half Nicolas Pepe shot wide. Thomas Partey then struck the post with a superb long-range free kick.

But Hibs doubled their advantage when Daniel Mackay headed in from close range.

Emile Smith Rowe (83) pulled one back at the far post after Hector Bellerin’s ball in. But Arteta’s men could not fashion an equaliser.

Arteta named a strong side which included the likes of Pierre-Emerick Aubameyang and Willian and saw Pepe, Smith Rowe, Alexandre Lacazette and Bellerin come off the bench.

Speaking to the club’s website after the game, Arteta said: “Well I’m always disappointed when we lose a football match but it is the first game, we played with many kids and we only had four training sessions.

“We’ve trained really hard and you could see that the players were a little bit leggy. I think we conceded the first goal, an accident, and the second goal was clearly offside. We created many, many chances but we didn’t score.

“That’s what pre-season is for, to take the things that we haven’t done well into a training session and then improve.

Asked if the lack of training was responsible, Arteta added: “It does but there’s no excuse because we want to come here and win the match.”

“It was great to see some of the young lads making their debuts here. We’ll keep working.”

Speaking about Smith-Rowe’s goal, he said: “He knows that it is a part of the game he needs to get better at. We are working on it a lot and you could see the positions that he took today. He created two or three big chances.”