Man Utd close to clearing major obstacle in race to sign top target, whose summer plans have been made clear 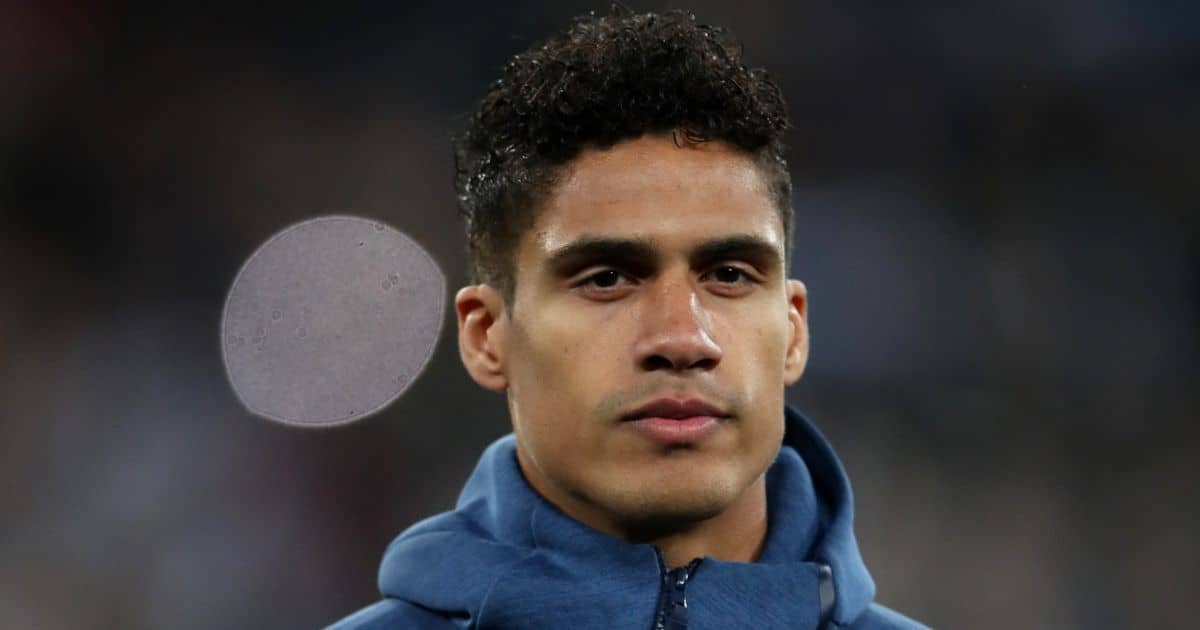 Manchester United are close to agreeing personal terms with Raphael Varane, according to reports.

After Jadon Sancho, Varane has become United’s top target for the summer transfer window. They have been interested for a long time and now could have their chance to sign him. Only one year remains on his contract at Real Madrid, who thus may have to sell this summer.

A recent report warned that Varane may see out the final year of his contract and then move elsewhere as a free agent next summer. However, that destination may still be Old Trafford.

Updates elsewhere indicate that United still have hope of signing him this summer, too. In fact, Manchester Evening News claim an agreement is close and could be found within the next couple of weeks.

The Frenchman is so eager to make the move that he does not want to return to Madrid for pre-season after his Euro 2020 exertions. Instead, he wants to head straight to Carrington as and when required after his holiday.

Negotiations are still progressing slowly, but there remains confidence that a deal can be done. Madrid want to sell to avoid losing Varane for free, United want to sign him and the player wants to join them.

The only major issue is the fact that Real want to receive a fee higher than what United are willing to offer. Varane will be hoping they can find a middle ground so he can make the transfer.

A World Cup winner in 2018, he has the experience and quality to become the ideal centre-back partner for club captain Harry Maguire.

While they will want to get a deal done soon, there is no particular rush; they always knew Varane would take a break after the Euros.

A difference remains between the two clubs’ valuations of the player. But United could shorten the distance by sending two players in the opposite direction.

Castles said: “Varane wants to be paid at the same level as [David] Alaba [€10m per year net]. He feels like he has been underpaid in terms of his contribution and longevity at the club [Real Madrid].

“Now he has got himself in a position where he has the leverage to extract a good deal from a club whether he stays at Real Madrid or moves to the Premier League.

“There is a very strong interest from Manchester United – that’s correct. He’s a player they’ve pursued since he was in French football and they’ve had several goes [at signing him].

“Subsequently, they also see the opportunity to complete that deal but they’re aware it won’t be cheap.

“Florentino Perez was initially indicating a deal of €65m should he have to sell Varane. There is a feeling it might have to come down to €50m.

“Paul Pogba is an alternative option and a player who would like to go to Real Madrid.

“It’s still expensive as a transfer deal even if it’s half of what they paid for Harry Maguire [with] the overall package and the salary.

“It’s an expensive deal regardless of the discount on the transfer fee.”

The post Man Utd close to clearing major obstacle in race to sign top target, whose summer plans have been made clear appeared first on TEAMtalk.