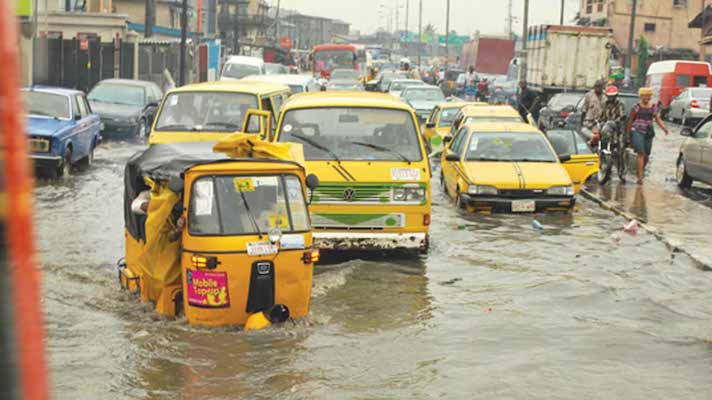 Any progressive society must have a dream or vision which it pursues with an intent on building a tomorrow that is bigger and better than today. Good infrastructure, human capital development and economy are usually at the core of such dreams. Lagos State seems to excel in this, regardless.

This, more than anything else, makes Lagos a peculiar city that comes off easily as an amalgam of compelling opportunities and consuming challenges reflected in congestion and over-crowding.

But the city is not limited by its small land area. It has the most successful economy among its peers. Records show that the state is Africa’s fifth largest economy. As at 2017, Lagos GDP was estimated at USD136 billion, according to the state governor at the time.

Moreover, Lagos accounts for over 90 per cent of Nigeria’s foreign trade flow, contributes 30 percent to the country’s GDP and also accounts for 65 percent of its manufacturing activity just as it houses the headquarters of most conglomerates and commercial banks in Nigeria.

All these, coupled with its large-size market provided by the large population, make Lagos a preferred destination for investment in small and large scale industries; employment of all configurations, trade and commerce of all description and specifications, etc.

ALSO READ  Stocks should add to gains in the second half, but there are two big concerns

But the challenges are there in diverse and amorphous proportions. Unequivocally, Lagos is a very difficult environment either for living or working or both. The state has, however, been blessed with visionary leaders who, despite the challenges, are determined to push it forward.

The current leadership of the city-state is not only poised to build a Greater Lagos, but also to make it a 21st Century Economy. In the past, there had been the desire to make Lagos a smart and resilient city that would be counted among Rockefellers’ 100 Resilient cities of the world.

For us, these are quite encouraging and ennobling aspirations which give everybody joy. At the same time, it is saddening when such aspirations are not matched with demonstrable commitment and, therefore, left open to threats.

Whether it is about a persisting and choking traffic gridlock or a destructive flooding incident, the story is the same of an environment that is terribly challenged, making living and working a near-nightmare.

In Lagos, rains are terrible and loathsome incidents. The flooding that follows means paralysis of all social and economic activities. It also means all movements grinding to a halt with all vehicles at standstill.

When the Nigerian Meteorological Agency (NiMET), in its 2020 Seasonal Rainfall Prediction (SRP), revealed that Lagos was going to experience 240-270 days of rainfall with a maximum annual rainfall estimated at 1,750mm, the state government assured that “Lagos is ready, no cause for alarm.”

But Residents’ experience with flooding that year is better left to the imagination. And just last Friday, July 16, the state succumbed to a heavy downpour with a flooding incident that humbled the state and brought the entire city on its knees.

This is part of the environmental issues that, in our opinion, threatens the 21st Century Economy. We share in this dream which is why we feel deeply worried. We believe there is much work to be done to realize that dream. Finding a lasting solution to the perennial flooding is one aspect of that work.

The managers of the state should have known by now, based on last Friday’s incident, that their best so far in trying to control nature in its fury is not good enough. The impact of that day’s downpour said it all that the state has more to fear than it knows.

Whether the argument is about building a smart city, where technology replaces much of human effort, or growing a 21st century economy where residents and government function seamlessly and work for shared prosperity, our advice is that Lagos should be fluid; it should be free to grow and prosper more.

It must not be clogged and slowed down. To allow this to happen is to slow economic growth and delay the dream. In our candid opinion, a 21st century economy should be gridlock and flood-free. A lot is being done, maybe; but the sleeves have to go up higher for much more work to be done.