Jurgen Klopp’s misconstrued remarks and the cult of African victimhood 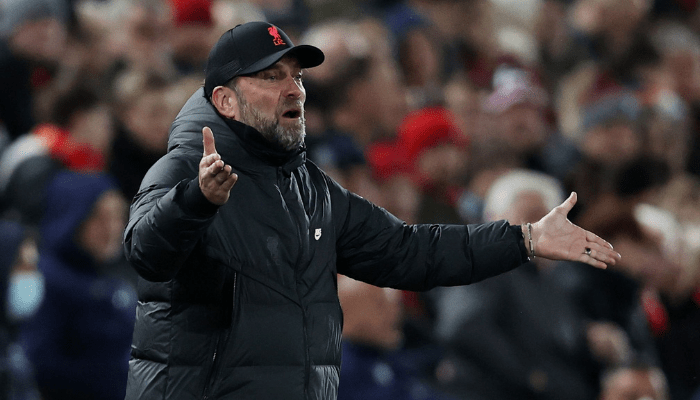 This was the question posed by a British journalist to Liverpool manager Jurgen Klopp, the day before his side’s UEFA Champions League match against Porto at Anfield. His reply below and the subsequent firestorm of completely wrongheaded responses to it could be the subject of a column on their own, but this is not a column about the finer points of language, linguistics and non-verbal cues.

“No international break until March,” I’ve heard that so often, but in January there’s a ‘little’ tournament in Africa, and I think Asia is playing some games as well. Oh, South America as well? Great! Can’t wait!”

Anyone, including journalists seeking their precious 15 minutes of limelight, who watched that response and had a problem with it, should probably book an appointment at the nearest adult literacy centre, because something is definitely wrong somewhere. The real problem in my opinion, is not the fact that so many people appear to have missed the most elementary, on-the-nose bit of verbal sarcasm ever broadcast on TV. It is that the reason they seem to have missed it goes to the heart of something immensely unpleasant about how many Africans today seem to deal with problems – real or perceived.

“I’ll drown you in my hormones”

I have previously complained that there now exists a damaging idea, which was born out of socially progessive politics, that it is possible to use strategic public shaming and internet bullying as the primary tools of social revolution. Want acceptance for gay people? Drive to a Chick-Fil-A and film yourself verbally attacking the sales attendant for working at a “homophobic” restaurant.

Want acceptance for Trans-Women? Lead a social media pile-on targeting J.K. Rowling and Chimamanda Adichie, and you try to take away their livelihoods. Are you anti-racist? Call Jurgen Klopp “Nazi scum!” on Twitter because it doesn’t matter what he actually said – what matters is that you want to feel offended. Offence is now in and of itself, a tool of immense power, apparently.

Repeatedly, I have warned about the insidious entry of the Umar Johnson brand of performance Pan Africanism into everyday discourse around the continent. In this column earlier this year, I talked about how several internet rabbit holes have formed around these malformed, half-baked ideas, and are leading people into cult-like movements that are strikingly similar to those at the opposite end of the political spectrum such as QAnon. Nowadays, you can barely hold an adult conversation about the state of Africa without getting a variation of “This is all the white man’s fault” thrown in your face. If you disagree and point out where the fault is clearly local, then comes the ad-hominem, “Agent of white supremacy” or “self-hating sambo coon.”

I am old enough to remember when public discourse about African problems focused very deliberately on the factors and people directly responsible for those problems – the political class and economic systems. It would have been unthinkable at the turn of the century to claim that Sani Abacha and Idi Amin were anything other than murderous, incompetent dictators. Now, however, in 2021, I challenge whoever is reading this to tweet that exact thought and wait for the replies informing you that you are a brainwashed victim of white supremacy who has been taught to hate the leaders like Gadaffi and Mugabe, who are fighting on your behalf against the invader-coloniser-enemies.

Somehow, over the past decade and some, there has been a complete replacement of the primacy of intellectual engagement and reason with that of hormones and emotions. The reason, I believe, is that emotions are easy. Intellectual discourse is not. Intellectual discourse tells you to watch Jurgen Klopp saying what he said in context and easily understand that he was literally referencing how big AFCON is, by using the term ‘little tournament’ with his tongue clearly in his cheek. Emotion tells you that using context is hard work, and all you need to do is take the decontextualised phrase ‘little tournament’, add 2 and 2 to get 22, then tweet “Nazi scum!” at him. Thinking is hard. Emotions are easy. Not everyone can think. Everyone can emote.

And since we’re on the subject of AFCON…

On the pitch, it is not much better – empty stadiums; questionable refereeing; kick-and-rush, playground standard of football punctuated regularly by body checks and fouls that constantly go unpunished. Talented squads led by mediocre journeymen who cannot set up a tactical plan to save their own lives (Gernot Rohr), and players who would much rather be helping their European teams compete at the business end of the season, instead of being bodychecked for the 5th time by Kalidou Koulibaly, while the gormless referee keeps his cards in his pocket and looks on helplessly. From the world’s perspective, what exactly is there to like or respect about AFCON?

Jurgen Klopp’s words clearly did not disrespect AFCON, as long as the listener has at least a Primary 5 standard vocabulary and a basic understanding of everyday sarcasm, but if for the sake of argument, he did say something nasty about AFCON, the relevant question would not be “How dare he?” but “Is it true?” Think about it – what does AFCON add to the footballing world? The permanently empty stadiums tell a story about how much Africans themselves rate the tournament. The 2017 tournament was viewed in 30 countries – Africa alone has 54 countries. The undisputed centre of the global footballing world is Europe, and AFCON disrupts the European football season by taking players away right at the worst possible time – during the winter period when injuries typically begin to pile up. Is the world expected to appreciate and applaud the existence of a tournament that even Africans themselves clearly don’t like that much, simply because it has the word “Africa” on it?

Instead of a futile attempt to police people into respecting a competition that is fundamentally difficult to respect, it would make more sense to examine ways to improve AFCON, and thus make it gain said respect organically. For example, why is AFCON held in January? The conventional answer usually parroted out is “because Africa is too hot in June and July.” This is absolute nonsense, and is not based on any objective data. Most of Africa has an equatorial climate that does not significantly differ in temperature all year round. In fact, the southern region of Africa, which has ‘winter’ and ‘summer’, has its winter season in June and July, instead of December and January like Europe.

In other words, you could argue that Africa is actually COLDER in the middle of the year than at the end. Furthermore, the last edition of AFCON actually held in July, and the sky did not fall down. That is just one example of how AFCON could be improved if only people would ask questions and get rid of “because that is how we have always done it” as a response to questions. Nobody watches and respects the Euros or the UEFA Champions League or the English Premier League because they have “Europe” or “England” attached to their identity. We respect these competitions because they create high quality entertainment value for us. If AFCON wants respect, it must learn to create that value instead of trying to kidnap respect from the world using Twitter pile-ons and accusations of racism as its sole bargaining chip.