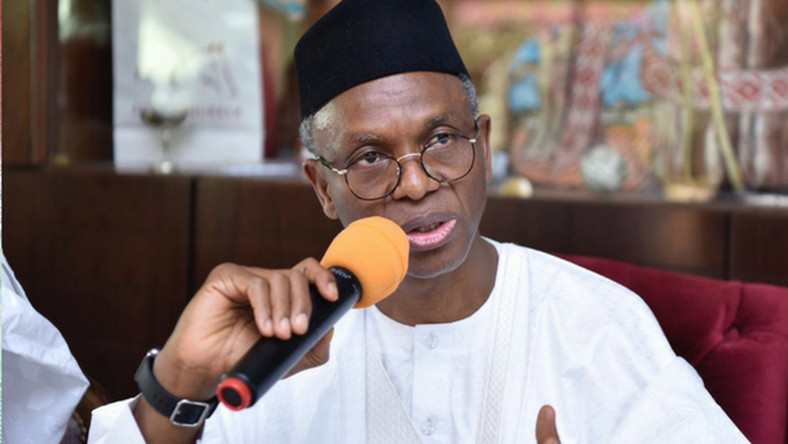 The Kaduna State Governor, Nasir El-Rufai, has disclosed that his biggest fear is that the Boko Haram insurgents are relocating to the North-West region after being displaced in the war-torn North-East by the Islamic State West African Province.

The governor revealed that the ISWAP fighters are pushing the Nigeria-grown terrorists to the Northwestern part of the country.

According to Daily Post, El-Rufai disclosed this at the ‘Fountain Summit’, an event organised by the Ekiti Government on Thursday.

He, then, called for a collaborative effort between the Nigerian government, state governments, and the entire citizens in defeating terrorism.

He said, “Remember once upon a time, Boko Haram was only in North-East. Now, the biggest fear we have in the North-West is that they are relocating to the North-West because they are being chased out from the North-East by ISWAP.

“When they are chased out of the North-West, where do you think they will come? Somewhere else; it is something we should all be concerned about; not only federal and state collaboration, but also across the country.

“Don’t see what is happening in Kaduna and say it is not my problem. It will be your problem one day, unless it is solved.”

The governor also admitted security challenges across the country, stressing that Nigerians should be concerned.

“We have security challenges, but our investors know where their assets are and they know that those assets are safe and we’ve never seen the headlines of security affecting our inflow of investments.

“But we must work on improving security or more than that, we must stop this ‘us versus them’ mentality and collaborate more closely,” he added.