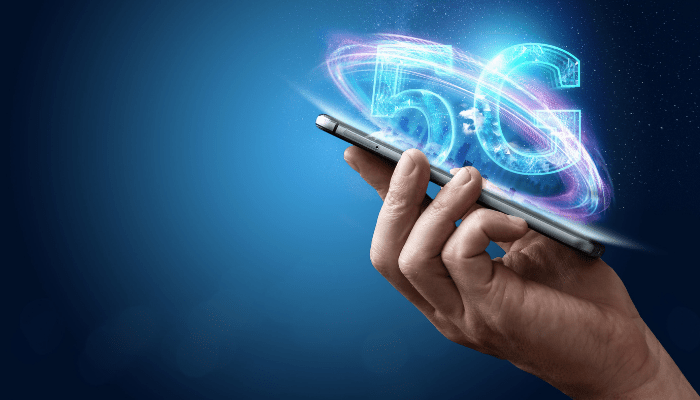 The planned listing by IHS on the New York Stock Exchange this week would not only push its valuation to $8 billion, it could also bolster Nigeria’s ambitious plan to rollout the 5G network in 2022, experts believe.

“This is a good event for IHS and its ability to raise the capital required to build and further develop digital infrastructure that they currently have deployed in Africa and other continents. It is happening at a time when interest in building Africa’s digital economy is growing,” said Teniola Olusola, Nigerian national coordinator, Alliance for Affordable Internet (A4AI).

According to Olusola, who is also a former president of the Association of Telecommunications Companies of Nigeria (ATCON), the timing of the listing is also in line with the deployment of 5G across Africa and in particular Nigeria where the broadband plan estimates another 40,000 plus towers are required to fill the infrastructure deficit.

“The industry seeks billions of dollars over the next five years to ensure we remove the digital divide that exists,” he said.

This is a second attempt at an initial public offer (IPO) by the largest operator of mobile phone masts in Nigeria. IHS had postponed its IPO in 2018 because of fears it was too close to Nigeria’s general elections, reports say. The IPO was to raise $1 billion which could have seen IHS valued at $10 billion.

“A registration statement on Form F-1 relating to these securities has been filed with the US Securities and Exchange Commission, but has not yet become effective.

These securities may not be sold nor may offers to buy these securities be accepted prior to the time the registrations statement becomes effective,” IHS noted in a statement.

The Nigerian-born but now London-based tower operator and major is targeting to raise up to $540 million from the IPO by offering 22.5 million shares at a price of between $21 and $24 a share, according to a filing with the US Securities and Exchange Commission. The company plans to offer 18 million of the shares and the other 4.5 million will be offered by existing shareholders.

Despite having a presence in nine markets across Africa, Latin America, and the Middle East, experts say Nigeria could be the biggest winner, especially with its plans to deploy 5G network gathering national speed.

Ajibola Olude, secretary-general of ATCON said IHS listing could be a strategy to raise enough funding to position for 5G network deployment.

“This is because 5G requires a lot of money to deploy,” he said, adding that the listing will open up the telecommunications industry in Nigeria to international investment.

The Nigerian Communications Commission (NCC) recently said it is completing a plan to issue 5 slots of the 5G spectrum to willing operators.

Africa’s largest economy plans to launch a commercial 5G network in January 2022. This has already got Airtel Nigeria and MTN Nigeria asking about the licence.

However, there are many hurdles facing the launch of the network. Investors would need to face a licence fee projected at between N75 and N100 billion for a period of 10 years, low adoption in previous cellular generations like 3G and 4G, uncertainty in the policy environment, rising insecurity that has seen thousands of telecom equipment destroyed, and most importantly, a huge deficit in telecommunication infrastructure.

This may be where IHS can now play a critical role. Raising $540 million from the IPO would not only see the company become the largest Africa-focused company, it also has enormous capital resources to scale its infrastructure across Africa with some focus on the most popular country on the continent.

Going by its overview of the industry as contained in its SEC filing, the experts say it is obvious IHS is thinking along the same lines.

The company noted in the filing that growth in population, a large youth demographic, and increasing levels of urbanisation make up characteristics that are expected to support demand for telecommunications infrastructure.

According to the company, Nigeria’s favourable demographics are expected to support growth in the telecommunications industry. The population is one of the youngest in the world, with a median age of 18 years as of 2020, according to Euromonitor.

Nigeria’s rate of urbanisation also makes it an attractive market. Euromonitor estimates that the urban population in Nigeria increased from 39 percent in 2005 to 52 percent in 2020.

“We believe that in Nigeria, we have delivered the majority of estimated demand for new site deployments by independent tower companies in the market over the last two years, and we are the only independent tower operator in five of our other markets.

IHS has been particularly busy in the Nigerian market where it has a presence across all the states with coverage estimated at 80 percent of the population. As of June 2021, IHS accounted for 16,522 towers of the 37,625 towers in Nigeria, representing almost 50 percent of the total in the market.

The company expects 5G technology to become available in its African markets over the longer term. To meet the anticipated telecommunications growth, the African markets will likely require over 22,000 new towers and over 30,000 new MNO points of presence over the period December 2020 to December 2025.