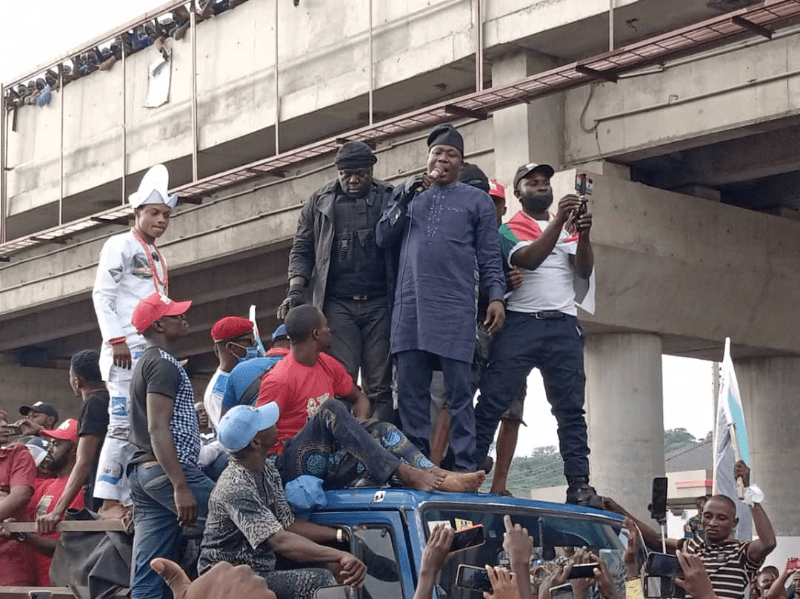 This is despite the cancellation of the same rally by Sunday Igboho after the attack on his house by men of the Department of State Services.

On Friday, barely a day after the attack on Igboho’s house which resulted in the death of two people, Koiki posted an update stating that the rally would go ahead as planned.

He urged Yoruba people to partake in the rally and support the agitation for self-determination.

He wrote on Facebook, “Count Down tomorrow Rally goes ahead as planned. 3rd July 2021. Venue: Ojota. Time: 7 am. Come out in numbers to support the freedom of Yoruba Self Determination.

”1999 constitution is a fraud. 1914 Amalgamation has expired. ENDNIGERIA Now

Yoruba Nation No going back.

“Let’s save our future generations from Nigeria.”

Yoruba Nation agitators had planned a mega rally in Lagos state being the only South-West state yet to witness such.

Despite warnings, security threats and advice against the rally, Igboho had insisted the rally would hold and had called on the Lagos State Commissioner of Police, Hakeem Odumosu to mobilise officers for the event and ensure the protection of the agitators.

However, following the attack on his house in Ibadan, Igboho, who spoke to BBC News Pidgin, on Thursday stated that the rally in Lagos has been suspended.

Igboho noted that the attackers were unknown men in military uniform who came into his house at Soka area in the wee hours of Thursday.

He said, “I was at home and around 1:30 am, I heard gunshots in front of my house and they said they are from the DSS (Department of State Services) and that they are soldiers. Sunday Igboho, come out!

“I peeped through my window, I saw them and truly they were dressed in DSS and Nigerian army uniform. I was surprised and wondered what the problem was because I haven’t killed anybody.”

Igboho added that the attack came as a surprise to him because his activism is for the safety of his people and has not been violent.

“They killed two people during the shooting, destroyed my property, my vehicles,” he said.

DSS later confirmed on Thursday that it was responsible for invading Igboho’s house and killing two people there.