How to cultivate leadership in your organisation (2) 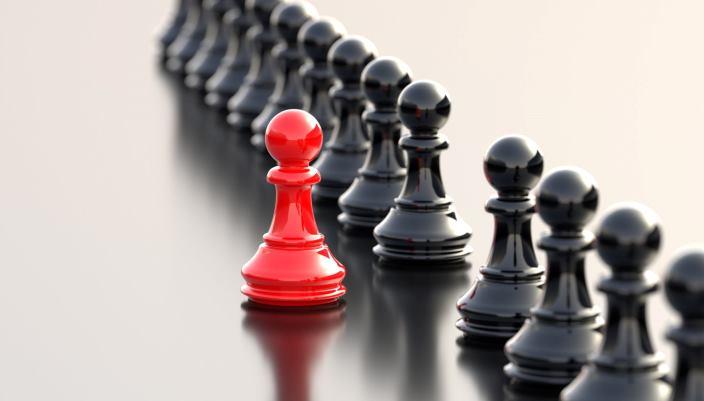 The previous article started with a discussion that leadership is about adventure; it can only be learned rather than taught. We identified the steps required for creating a learning environment because any organisation desiring to cultivate leaders must provide the right amount of instruction in the right environment. This article will proceed to identify the other steps required for creating that environment and the strategic method for initiating the development of leaders.

A second step towards facilitating the growth of leaders is establishing a semi-controlled environment. A group or task force should be set up to handle change management. This group should comprise seasoned mentors who are adept at handling the chaotic environments of fledgling leadership. The job of this task force would be to build leadership learning opportunities for worthy individuals. This group would be responsible for rolling out small projects or making relatively minor department changes to help facilitate stability and growth in those they are attempting to mentor. Furthermore, this group should be able to assess the difficulty of the tasks and pair them with the competency of the aspiring leader.

A good leadership environment must be cultivated to allow leaders to engage with uncertainty in semi-controlled environments. Seasoned managers and leaders should be able to monitor the progress of the aspiring leader to make sure nothing too catastrophic takes place. For the most part, these aspiring leaders should be left to find their own way. Failures should be expected and promoted. We have argued that leadership cannot be taught, per se, but rather must be learned for oneself. By building in controls for containing and controlling catastrophe, aspiring leaders would have great latitude in experimenting with different creative solutions as they attempt to accomplish their task, as well as the additional benefit of bouncing ideas off their mentor/supervisor. The goal should be for the novice leader to figure out how to accomplish their task without direction from the outside.

Read Also: How to cultivate leadership in your organisation

It is pertinent to note that hyper-successful individuals often lack the understanding of how to learn from failure. The goal of creating a robust learning environment is to make room for failure and then teach the leaders how to learn from those failures. The environment should allow and encourage self-reporting failure and seeking out help from others when the opportunity arises. Any organisation that structures itself in such a way as to promote risk-taking and a blame-free approach to failure will become more adaptable to the external environment. When encouraging risk-taking, it must be understood that failure is a likely result, and therefore, punitive actions about failure should be transformed into prime learning and celebration events. The goal is to get the leader to know and understand why they failed and how to account for the shortcoming next time.

A good leader will not only know why they succeeded but also where they failed. Often, leadership is a dance between success and failure. While an overall project may succeed, there will often be many failures marking the path to success. The idea of group debriefings is to promote learning and honesty. Aspiring leaders should publicly identify how their project succeeded as well as how it failed. They need to be able to articulate what went wrong and what went right. By doing so in a leadership training group, aspiring leaders can notice patterns within their leadership styles that may help them avoid future failures.

Young leaders often make decisions too quickly in a crisis. This decision-making eagerness is brought on by inexperience and desire to flee stress. By allowing multiple leaders to debrief in the same meeting, patterns of behaviour can be addressed, and peer pressure can build to fix such issues. After two or three aspiring leaders regaling the group with anxiety-driven decision-making, the group can work together to find a workable solution.

The Power of Symbolism

Every organisation will develop its own culture over time. Leaders should strive to mould and shape culture at every reasonable opportunity. Culture can be articulated with symbolism. Take, for example, the symbol of the cross within Christianity. This symbol speaks of the whole system of beliefs and values that Christianity holds. A more modern example can be found in the ‘door desk’ phenomena at Amazon. In the early days of Amazon, Jeff Bezos lacked the proper funds to go out and procure expensive office furniture. Bezos created a desk out of cheap doors to save money. This door desk has become a symbol of Amazon that articulates its complex culture. As a symbol, it represents what Amazon stands for and harkens back to the days of Amazon as start-up cooperation.

When starting an organisation or group, symbolism will help the group remember its values and serve as a rallying point during stress. Whether a leader decides to pick a symbol or naturally springs up from the group, the symbol should be used and somewhat venerated. The power of symbolism should not be discounted.