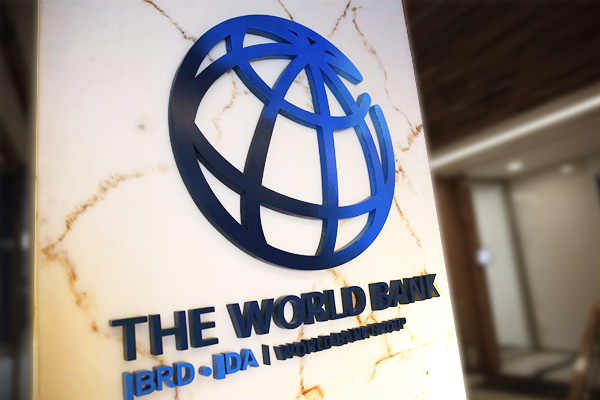 In its latest report, “Nigeria Development Update: Resilience through Reforms,” released on Tuesday, the bank said the high inflation rate is worsening poverty and depressing business activities in Nigeria.

The report came a few days after President Muhammadu Buhari said his government had lifted 10.5 million people out of poverty in the last two years.

“In the last two years, we lifted 10.5 million people out of poverty – farmers, small-scale traders, artisans, market women and the like,” Buhari had said during a speech to commemorate the June 12 Democracy Day.

According to the report, the Nigerian economy in 2020 experienced a shallower contraction of -1.8 percent than had been projected at the beginning of the pandemic (-3.2%). Although the economy started to grow again, prices are increasing rapidly, severely impacting Nigerian households.

As a result of this development, rising prices the World Bank said have pushed an estimated seven million Nigerians below the poverty line in 2020 alone.

It said food prices accounted for over 60% of the total increase in inflation.

This edition of the Nigeria Development Update proposes near-term policy option organised around three priority objectives: reduce inflation by implementing policies that support macroeconomic stability, inclusive growth, and job creation; protect poor households from the impacts of inflation, and facilitate access to financing for small and medium enterprises in key sectors to mitigate the effects of inflation and accelerate the recovery.

“Given the urgency to reduce inflation amidst the pandemic, a policy consensus and expedite reform implementation on exchange-rate management, monetary policy, trade policy, fiscal policy, and social protection would help save lives, protect livelihoods, and ensure a faster and sustained recovery,” said Marco Hernandez, the World Bank Lead Economist for Nigeria and co-author of the report.

The report acknowledged “notable government’s policy reforms aimed at mitigating the impact of the crisis and supporting the recovery; including steps taken towards reducing petrol subsidies and adjusting electricity tariffs towards more cost-reflective levels, both aimed at expanding the fiscal space for pro-poor spending.”

In addition, the report said both the federal and state governments cut non-essential spending and redirected resources towards the COVID-19 response.

Also, public-sector transparency has improved, in particular around the operations of the oil and gas sector.

The report, however, notes that despite the more favourable external environment, with recovering oil prices and growth in advanced economies, a failure to sustain and deepen reforms would threaten both macroeconomic sustainability and policy credibility, thereby limiting the government’s ability to address gaps in human and physical capital which is needed to attract private investment.

“While the government has made efforts to reduce the effect of these by advancing long-delayed policy reforms, it is clear that these reforms will have to be sustained and deepened for Nigeria to realize its development potential.”