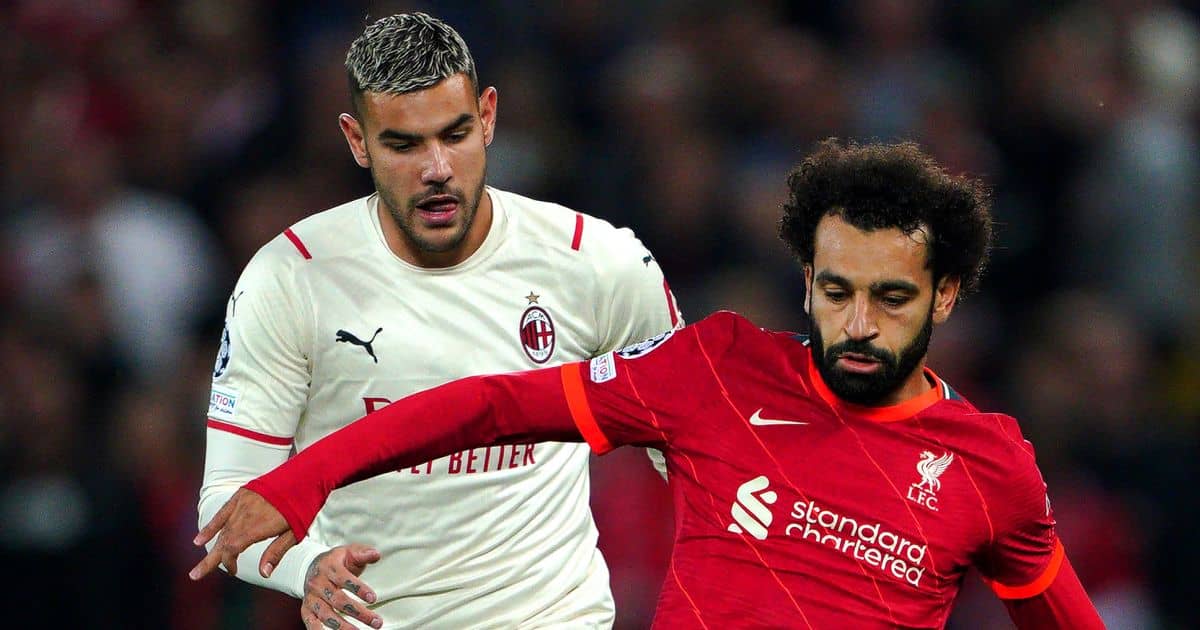 Jordan Henderson scored an excellent winner as Liverpool earned a 3-2 triumph over AC Milan in a pulsating Champions League opener.

Liverpool dominated the majority of the first half, somehow only managing to score once via a Fikayo Tomori own goal. Unexpectedly, a period of madness led to Milan taking a 2-1 lead into the break, though.

The hosts got back in the position they deserved after the break nonetheless. Mohamed Salah – who had earlier missed a penalty – found an equaliser before Henderson scored a wonder goal to win it.

Alisson Becker: Wasn’t afraid to leave his goalline when needed, sniffing out danger. Didn’t actually have too many shots to save despite Milan upping the pressure. 7/10

Trent Alexander-Arnold: Gave Liverpool the early lead with the help of a deflection off Tomori after a burst into the box. Continued to cause problems for Milan with his crossing ability and direct dribbling. Involved in an exciting battle with Milan left-back Hernandez and was often successful. 8

Joel Matip: Simplified the game in the first half with his reading and breaking up of the play to ensure those ahead of him could keep on the front foot. Also a threat in the opposite box from set pieces. But began to suffer as Liverpool became stretched towards the end of the half, being caught out of position and allowing Milan to take the lead. Regained his composure in the second half to make his team calmer again. 7

Joe Gomez: Starting for the first time since his long-term injury, had a quiet first half until Milan’s period of pressure caused problems for him and Matip. Overall, he was comfortable enough, though. Stayed switched on in the closing stages. 7

Andy Robertson: Got forward early and showed his intent by firing in a cross for Origi, who couldn’t capitalise, and playing a deft pass for Jota, whose shot was deflected. It was his powerful shot that led to Liverpool being awarded a penalty for a Bennacer handball, although again it wasn’t converted. Tried his best to prevent Milan’s second goal with an attempt at a goalline block, but his best impact was in the opposite half, where he was constantly positive. 9

Fabinho: A tidy performance, including interceptions in the defensive phase and useful passes when on the ball. Won plenty of challenges when the scoreline was 2-2, allowing his teammates to focus on regaining the lead. 9

Jordan Henderson: Scored an outstanding goal to restore Liverpool’s advantage and make it 3-2, displaying control and technique with a powerful drive when the ball was on the bounce from the edge of the box. 7

Naby Keita: Looked to get on the ball frequently, but was bypassed easily for Milan’s first goal. Covered plenty of ground until his withdrawal midway through the second half. 7

Mohamed Salah: Liverpool’s all-time record Champions League goalscorer couldn’t convert a penalty that would have doubled their lead shortly after their opener. Tried to make amends with an effort from outside the box soon after, but aimed off target. Finally got his goal early in the second half to level things up for Liverpool at 2-2. 7

Diogo Jota: Playing in a slightly wider position than usual, tried to find different spaces. Shifted into more central territory briefly and found a chance or two for himself. 7

Divock Origi: Handed his first appearance of the season, received the game’s first big chance but sliced his shot somewhat. Also involved early in the second half, dinking the pass that set Salah up for the equaliser. 7

Sadio Mane (on for Origi, 63 mins): Swung his first shot since coming on wildly off target. Quickly knuckled down though and sought to create for his teammates. 6

Curtis Jones (on for Jota, 71): Expressed his confidence with an early shot after coming on, which went wide. 6

ALSO READ  Greg Jennings: Jon Gruden needs a 'win-now mandate;' show me some wins or I'll show you the door I SPEAK FOR YOURSELF

Thiago Alcantara (on for Keita, 71): Tried to get on the ball to exert more control for Liverpool. 6

Alex Oxlade-Chamberlain (on for Salah, 84): N/A

Mike Maignan: Dived the right way to make an important save against Salah from the penalty spot, before also denying him from open play with a fine save later in the first half. Kept busy throughout the first half but was up to the challenge, despite being breached via Alexander-Arnold’s deflected attempt. Had a couple more nervous moments afterwards, but generally solid. 8

Davide Calabria: His crossing was a bit off when he managed to venture forward. Defensively was asked a lot of but was sometimes strong. 6

Simon Kjaer: Put under a lot of pressure in the opening 45 minutes, but made several important interventions after the break. Helped Milan weather the storm until Liverpool’s pressure paid off. 7

Fikayo Tomori: Back on English turf, deflected the ball into his own net when trying to make a block through no fault of his own for Liverpool’s opener. Proceeded to make an impressive block to thwart Salah for the Premier League side’s next chance. Quieter in the second half as his defensive partner ascended. 7

Theo Hernandez: Alert to some early danger as Liverpool took the aerial route in the Milan box. But more questions began to be asked of him as the likes of Alexander-Arnold and Salah came towards him. It was a battle he began to lose, although he kept persevering and sent in a dangerous cross or two at the other end. 7

Franck Kessie: Struggled as Milan found difficulty getting out of their half in the opening exchanges, but began to win some more challenges as the game wore on. Grew more confident by the end of the first half, playing a role in both goals with his passing. Won a lot during the second half. 7

Ismael Bennacer: Had his hand carelessly high when giving away the penalty that Salah went on to miss. Couldn’t exert a major influence on proceedings. 5

Alexis Saelemaekers: His shot was blocked on the line in the move that led to Milan’s second goal. Had little other effect on the game. 5

Brahim Diaz: Put his side in front by scoring their second goal, capitalising on some space left in the box and arriving in the right place at the right time. Became more influential when he got on the ball but the final pass was sometimes lacking. 7

Rafael Leao: Showed endeavour in a tough first half for Milan despite their attack having little freedom. 6

Ante Rebic: Got Milan back in the game with his equaliser with a composed finish. Put in a good shift off the ball. 6

Olivier Giroud (on for Leao, 62): Couldn’t quite get on the end of a cross that looked inviting as he set foot on an English pitch again for the first time since his departure from Chelsea. 5

Alessandro Florenzi (on for Saelemaekers, 62): Like the man he replaced, struggled to have much of an impact. 5