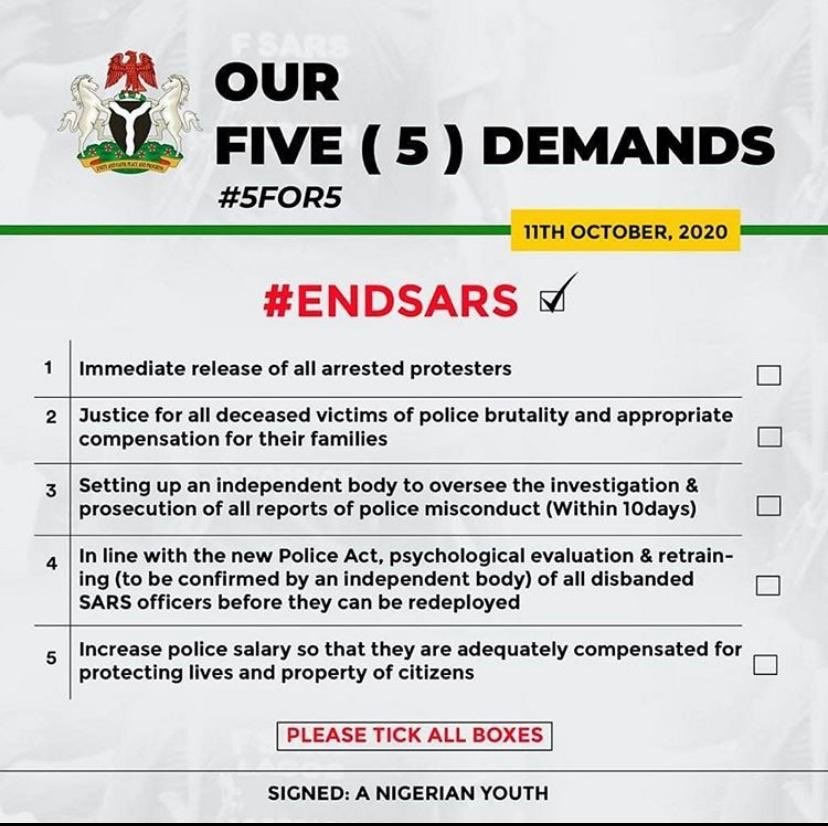 Immediate release of all arrested protesters

READ ALSO: Police to commence training of new unit taking over from SARS next week ― IGP

In line with police act, psychological evaluation and retaining (to be confirmed by an independent body) of all disbanded SARS officers before they can be redeployed

Increase Police salary so that they are adequately compensated for protecting lives and property of citizens .