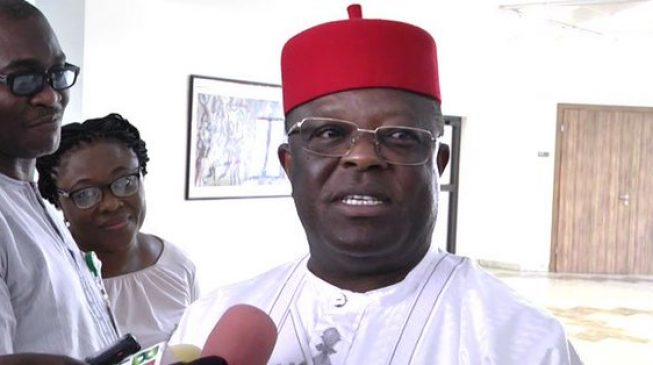 A coalition of Enugu State youth leaders has condemned the arrest of one his members, Godfrey Chikwere, on the orders of the Ebonyi State Government over a post which he made on his Facebook page against the state government.

The Ebonyi State government had alleged that the post was incisive, fake and a hate speech.

But the youth leaders warned that if the state government refused to release the innocent man by Friday October 15, they would take further actions.

They noted in a statement that such an arrest was a breach of the fundamental human rights, adding that the action was contrary to the provisions of the constitution.

The statement reads, “The attention of coalition of Enugu state Youth leaders has been drawn to inhumane treatment meted at one of our own by the name Godfrey Chikwere by agents of the Ebonyi State government under your supervision over a harmless Facebook post.

“We have painstakingly reviewed the post and we condemn the arrest in its entirety as it was never incisive, fake or a hate speech as Hon. Chikwere was merely basking on his legitimate freedom of speech as enshrined in Section 39 (1) (states that every person shall be entitled to freedom of expression, including freedom to hold opinions and to receive; impart information without interference.).

“We are also aware of subtle threats on Enugu youths speaking out by agents of your government and its time to put a stop to this madness.

“The coalition of Enugu youth leaders gives Governor David Umahi and the government of Ebonyi State an ultimatum to release Chikwere to the government of Enugu State on or before Friday October 15, to receive adequate medical attention or they will have all us to contend with.

“Finally, may God help us all that nothing happens to Chikwere. A stitch in time saves nine.”

Recall that Chikwere was one of the aides sacked in December 2020 by Umahi following the governor’s defection to the All Progressives Congress from the People’s Democratic Party (PDP).

The Secretary to the State Government had announced Chikwere was sacked in order to enhance service delivery.

However, Mr Chikwere said he was sacked because he refused to insult elders and equally discouraged others from doing so on Facebook on behalf of the state government.