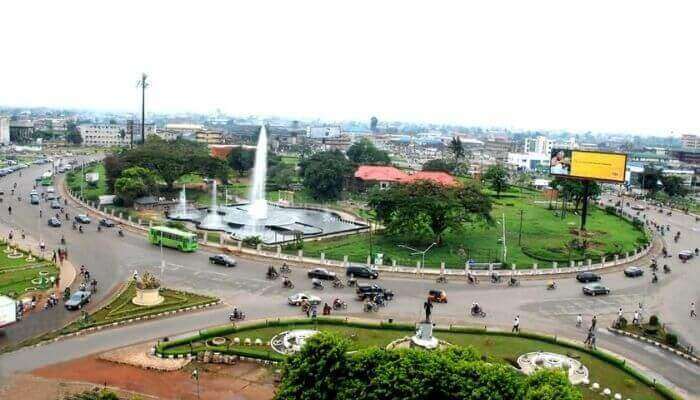 A first-of-its-kind energy park with a modular refinery and gas operations, power plants and a data centre debuts in Edo State, Thursday.

The management of Duport Midstream Company Limited (DMCL) and First City Monument Bank (FCMB) Limited, promoters of the project, on Thursday, said the newly built energy park in Egbokor, Orhionmwon Local Government Area of Edo State would be ready for commissioning in 60 days.

The duo spoke in Egbokor village during an inspection tour of the facility, which is being financed by FCMB.

Speaking after assessing the project, Yemisi Edun, managing director/CEO, FCMB, expressed satisfaction with the progress of the facility, saying the modular project was remarkable and driven by technology.

The bank is committed to creating purpose in some key sectors, including technology, Edun said, noting that “seeing this project coming on board, using technology to actually develop refineries and produce energy in the country, we are convinced that it is a project we should partner with.

“The project is doing very well in terms of financing and rating. I can say they are almost getting to completion. The management is very much convinced that, in the next 60 days, they should be able to commission the project and it fits our timeline.”

Corroborating, Akintoye Akindele, the CEO of Duport Midstream, said by the end of March, they will be ready to commission the project, noting that “commissioning is at the behest of the government and it happens at different levels.

“The regulator must come and ensure that all we designed are ready. So, we must test for a while, we will start testing in the next 30 to 45 days for the government to confirm and commission.”

When it comes on stream, he said, the facility would leverage on infrastructure to deliver energy to the country, reduce dependence on importation of petroleum products, create jobs and ensure optimal utilisation of the nation’s assets.

“However, this will be delivered in modules. Module one or phase one will be going live in the next 30 days; and after we get approval from the Department of Petroleum Resource (DPR) to go live, we will be starting with a 2,500 barrel per day refinery, 40-million-scf gas processing, 5 megawatts power, a data centre and almost 20,000 metric tons of storage.

“Our plan is that once we do this at the initial take-off, we will then add the other modules to it in a quarterly and biennial way. In that way, we will be able to utilise assets optimally, avoid wastage, look after the environment and create jobs,” he said.