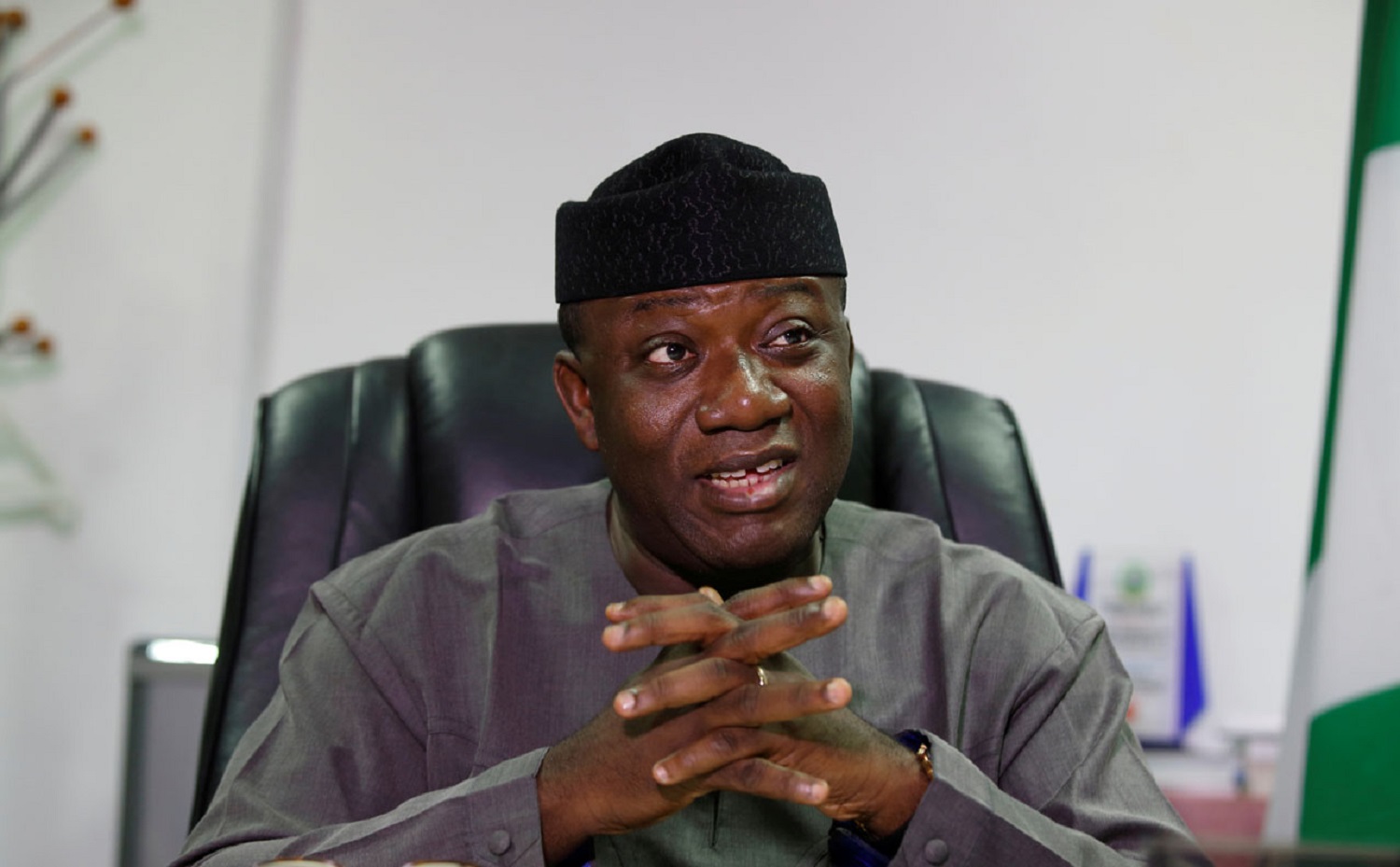 …Urges end to protests for govt to look into grievances

Governor Kayode Fayemi of Ekiti State said yesterday that he and his colleagues in the Nigeria Governors’ Forum (NGF) were concerned about discontent, hunger and anger in the country and would be ready to work with other stakeholders to find a lasting solution.

Governor Fayemi, who is the NGF Chairman, said the raging nationwide ENDSARS protests resulted from years of pent-up emotion, anger and hunger in the land, adding that the governors are committed to larger reform of the polity not only much-taunted Police reform.

The Governor spoke on Sunday at the Special thanksgiving mass held at St. Patrick’s Catholic Cathedral, Old Garage, Ado Ekiti as part of activities to mark the second anniversary of his administration in office.

Dr. Fayemi said he understood the frustration of the young Nigerian Citizens who had taken to the streets for the past one week, noting that he had used his younger years to participate in similar protests against bad governance, especially military dictatorship.

He lent his voice to the view of the Catholic Bishop of Ekiti Diocese, the Most Reverend Felix Ajakaye, who had called for an immediate suspension of the nationwide protests for the authorities to act on the protesters’ demand.

Dr. Fayemi who described himself as a product of God’s mercy sought for forgiveness from those who he might have offended in the discharge of his duties as the State’s Chief Executive

According to him, he had sworn to an oath to do what is just and fair noting that his actions so far in the office were based on fairness and justice.

“I and my colleagues are concerned and we are committed to reforms not just about SARS because we will be making a mistake that the general disaffection in the land is all about SARS. “Like Your Lordship (the Bishop) had said, the government should be allowed to address the problems that have cropped up.”

The Governor said he would always be thankful to God for giving him the grace to serve Ekiti people again, saying he sees himself as an instrument in God’s hands and sees the governorship seat as missionary work.

He added: “If I had gotten my second term normally. I would have ceased being governor now and I know I wouldn’t have been NGF Chairman now. God has a purpose in our lives.”

Speaking on the wave of protests rocking the country on alleged police brutality in his sermon, Bishop Ajakaye called for an immediate end to the protests to allow the authorities to implement police reforms.

The cleric also urged the Federal Government to address the grievances of Nigerians on the state of the nation, insecurity, insurgency and hardship being faced in the country.

As the Ekiti State Security Network (Amotekun) is launched on Monday, Bishop Ajakaye admonished its operatives to be apolitical and work with integrity and fear of God.

He further called for a synergy between security agencies in Ekiti including the Amotekun operatives to make the state safe for everybody to live in.

He said: “The Federal Government should listen to the grievances of the people not only on ENDSARS but on terrorism and other things that are wrong in our country. END SARS protest should end, leaders’ indifference to people’s life, bad governance, insincerity and distrust should end.

” There is hunger and anger in the land and the government should act promptly. The protesters should suspend their protest immediately because if it continues, it may be counterproductive. We have those among them who are using the protest to protect their criminal activity.”

The Bishop further charged Governor Fayemi to use the remaining two years in office to build worthy legacies for the benefit of the people. The cleric also enjoined the Governor to use the opportunity of his mid-term to re-strategize and execute more people-oriented policies and projects since “time waits for no man.”

Bishop Ajakaye, however, told the congregation that he carried out an independent investigation of one of the ongoing signature projects being executed in the state and the World Bank attested to the Governor’s accountability and integrity in governance.

He said: “I have gone round to see your projects and I went to see the massive Water Corporation building along Iworoko Road and I called a top World Bank officer to tell him what I saw. The officer told me what do I expect, he told me that the Governor is accountable.”

The bishop urged Fayemi to be focused in the discharge of his duties and look beyond his years in office saying “success without a worthy successor is a failure in reality.”

“This is your half time and half time in football is a time of re-strategizing. Your wife was born in Liverpool and she supports Liverpool (Football Club), You Will Never Walk Alone.

“Success without a successor is a failure in reality. There is a need for maintenance culture and continuity in the good work you are doing. You are a leader, a quality one, who has a listening ear. I thank you for listening to your people.”