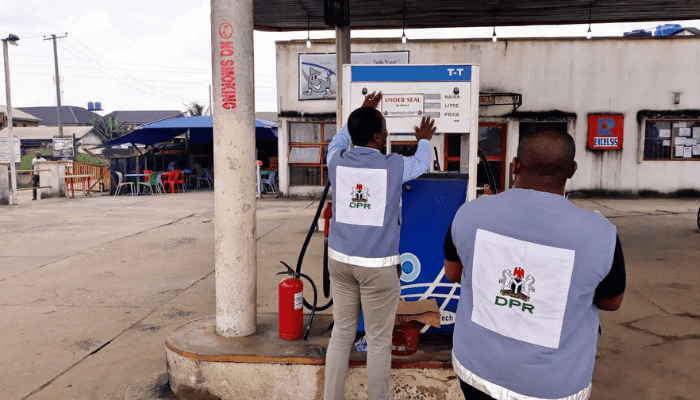 The Department of Petroleum Resources (DPR), has between the months of January to date, sealed seven filling stations for breaching various offences in Nasarawa State.

The DPR comptroller in the state, Ahmed Gwaram who made this known in Lafia, listed the offences committed as, under-delivery, diversion of product, lack of safety and other related offences.

According to the comptroller, the erring stations were punished for breaching the laws guiding their operations and warned that, DPR would not compromise its set standard for the operation to the detriment of the public.

He said that surveillance teams were deployed to monitor proper fuel dispensing according to the regulated price and noticed irregularities by owners of the filling stations, which necessitate the sealing.

He cautioned marketers against flouting government regulations and urged them to ensure proper dispensing at a regulated price approved by the federal government.

Gwaram also admonished motorists to steer clear of illegal filling stations, and should not patronise those selling unadulterated petroleum products to the public for consumption.

“If there is fuel at the filling stations, why do you have to patronise black markets whose products may have been adulterated.

He said that the affected stations were fined but were unsealed after the payment of the fines to the Federal Government.