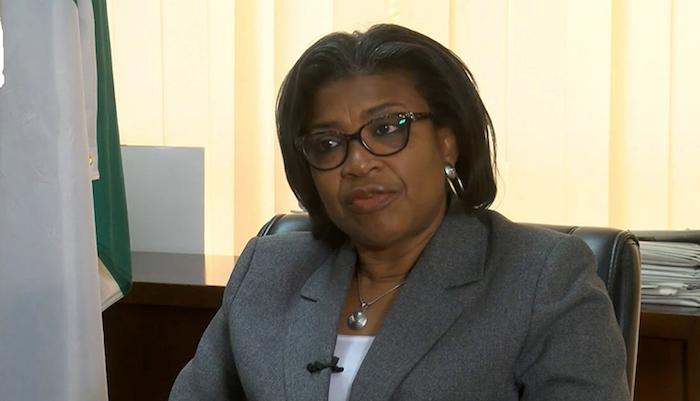 The Debt Management Office (DMO) is working out the process of restructuring the over N10 trillion ways and means advances of the Central Bank of Nigeria (CBN) for government financing to a long-term debt.

Like most central banks, the CBN Act 2007 allows it to lend to the government through ways and means and makes a provision of 5 percent of the previous year’s government’s revenues. However, due to recent shortfalls and spendings that the government has had to deal with, that limit has been exceeded.

“Now we have recognised that huge amount which has accumulated over the years and we are working towards restructuring it, meaning convert it into a tenored debt and then getting the necessary process approvals from the Federal Executive Council (FEC) and National Assembly to include them in the public debt stock,” Patience Oniha, director- general, DMO said Wednesday evening in Abuja

She said the figure earlier in the year was about N10 trillion, but imagines that it should be much higher now.

Total public debt stock comprises the Domestic and External Debts of the FGN, 36 State Governments and the FCT.

The medium term debt management strategy which was approved in February increased the debt to GDP ratio for the usual 25 percent to 40 percent.

She also indicated that when the ways and means advances and other debt stock are put together, Nigeria’s debt to GDP could get to 35 percent, explaining why it was already recognised in the latest Medium Term Debt Management Strategy.

The increase, according to her, is for the three reasons, one is the appropriation Act that is being implemented. The second and perhaps the most significant item for the additional space is the ways and means advances of the central bank. And the third is new borrowings that may come from those stand-alones like those that may be in the medium term external borrowing plan.

“So it is not exactly correct to say that the government increased the from 25 percent to 40 percent to allow for new borrowing. The reality is that we already have a stock of ways and means to include, so we are only being realistic and work is ongoing in terms of restructuring or securitising the ways and means advances.”

As at June, external debt in terms of composition showed that a significant portion of about 54.88 percent were multilateral loans which are all concessional.

Another component is the bilateral loans from China, France, Japan, India, Germany which is about 12.70 percent, and Oniha said that the utilization is quite visible in financing for airports, rail, road building and so on. China accounts for a chunk of about 10 percent.

“The emphasis is to look at what those loans have been used for,” she argued.

The third component of external borrowing is the commercial loans, including the Eurobonds, Diaspora bond which account for 31.88 percent. Promissory Notes account for 0.54 percent as indicated in the breakdown.

Oniha explained that the benefits of Eurobond issuance for Nigeria cannot be overemphasized first of all in terms of the interest and how it showcases the country in a positive light in the international financial markets where large pools of capital is available.

The sovereign Eurobonds have also helped provide a benchmark for several local companies and opened a window for Nigerian banks to raise tier 2 capital to meet regulatory requirements and enhance their capacity to lend to, and, support local borrowers.

Eurobonds have been a potent tool for building up Nigeria’s External Reserves which supports Naira exchange rate and the country’s sovereign rating.

Raising funds externally through Eurobonds to finance budget deficits reduces the level of sovereign borrowing in the domestic markets.

The Eurobonds are actually issued as part of the approved government borrowing plan usually in the FGN’s annual budgets, for financing capital projects thereby reducing the infrastructure gap.

According to the DG, fiscal challenges have led to increased borrowing, including massive infrastructure funding, two times recession, and of course Covid-19 impact.

Nigeria has over the years, had consecutive budget deficits which have been financed by borrowing, amid inability to attracts proceeds from government assets.

She acknowledged that the country’s public debt is fast growing, with high debt service to revenue ratio as well as concerns for use of proceeds, additional borrowing has been on the back of huge infrastructure deficit, recession, consecutive budget deficit, low revenue base, compounded by dependence on crude oil.

“So the missing link for us is revenue. For Nigeria, public debt as a percentage of GDP is 19 percent, but interest payment as a percentage of revenue is 43.2 percent. The numbers don’t add up and this is what has informed DMO’s position that we have to grow revenues.

“Tax as a percentage of GDP is at 5.68 percent, even below Angola and from the recent World Bank’s update on Sub-Saharan Africa, out of 115 countries, Nigeria was the 114th only before Afghanistan. We carry N35 trillion debt stock as at June and it’s about to increase, it will keep increasing as we borrow more, so we should begin to focus very aggressively on revenues.”

“So the challenge for us is how do we increase revenues rather than just focus alone on debt stock which is growing. We need to be asking why is the GDP not translating into revenues.”

“Therefore, we need revenues, and public private partnership, and I think the fear should come with revenues,” Oniha stated, hoping that the strategic revenue initiative of the government would make some impact.