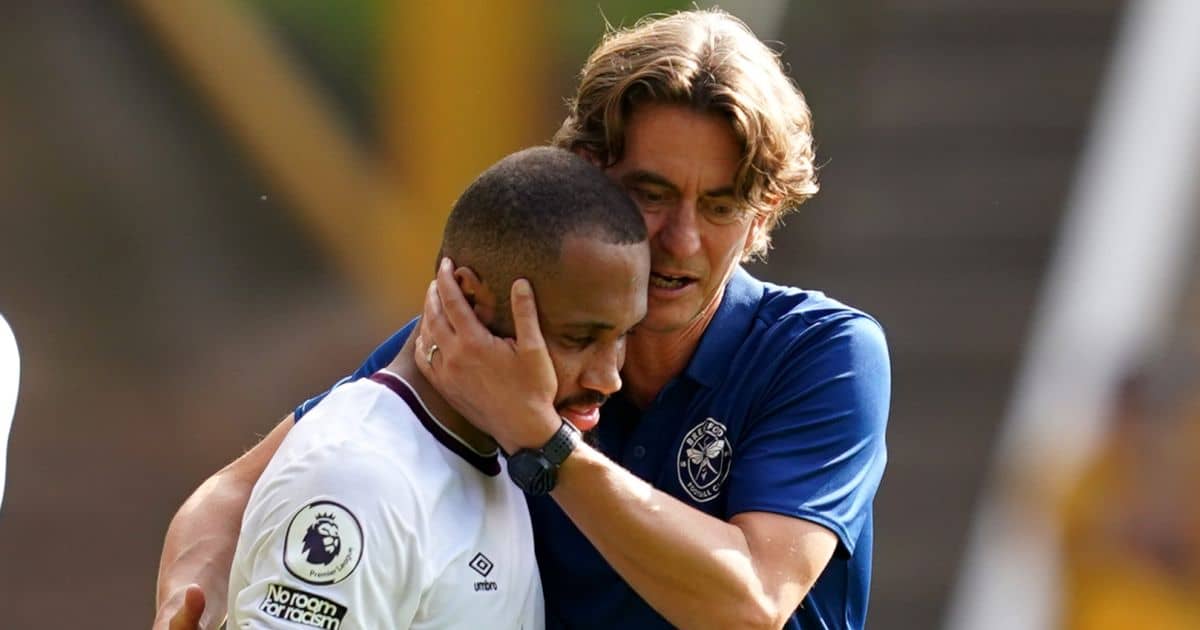 Thomas Frank insists he is “insanely happy” at Brentford amid claims he will be considered for the Manchester United job were they to sack Ole Gunnar Solskjaer.

Solskjaer will celebrate three years as Old Trafford boss in December, but he has not always enjoyed good form. In fact, he has faced numerous spells of pressure amid some poor results. The lack of silverware has not helped either.

But amid another rocky patch of form which has seen United exit the Carabao Cup and lose in the Champions League, they face a tough run of fixtures.

Indeed, should the Norwegian fail to end their five-year trophy wait this season, the axe will surely fall.

To that end, one pundit claims the axe should fall on the “utterly clueless” coach and this top-drawer replacement brought in.

One man who has recently been linked with the Old Trafford hotseat is Bees boss Frank. The Dane has raised his high profile on the back of Brentford’s hugely-impressive start to life in the Premier League.

And that has led to claims that both Arsenal and United could seek to bring him in were Mikel Arteta or Solskjaer to be axed.

However, Frank is adamant that he remains happy at the Brentford Community Stadium and has no wish to leave.

He told Bold.dk: “So, I understand that well, but… Arsenal and United. Wasn’t that how it was? I think I read that at some point.

“It’s very nice, but one thing is rumours, and the other is if they really wanted to contact me. Then we have to take it from there.

“I have a contract until 2023. I’m insanely happy at Brentford. It’s a club that means a lot to me and where I have had great times.

“I enjoy working with our director of football, owners, players, staff and fans.

“It’s the club who must come to me, but now we must see what the future brings. I know we have a mutual respect and a good relationship with each other on that.”

Despite the links to United and Arsenal, a move to either club would bring with it a whole world of additional pressure.

However, Brentford’s rise under Frank is extremely impressive. He had managed just once, at Brondby, prior to becoming Dean Smith’s assistant at Griffin Park in 2016.

Indeed, Smith tried unsuccessfully to bring him to Villa Park upon his appointment by the Villans in 2018.

However, Frank opted to stay after being given the Brentford job on a full-time basis.

He led the Bees into the play-offs in 2020, only to lose to Fulham in the final.

And despite the sales of Ollie Watkins and Said Benrahma that summer, they came again to once again finish third.

This time around, there was to be no mistake and the Bees defeated Swansea 2-0 to earn promotion.

And in their seven games so far, the Bees have impressed. They have beaten Arsenal, West Ham and Wolves and also held Villa and Liverpool to draws.

They face another tough test on Saturday evening when they host Chelsea.

The post Danish boss delivers frank message to claims he could replace Solskjaer at Man Utd appeared first on TEAMtalk.