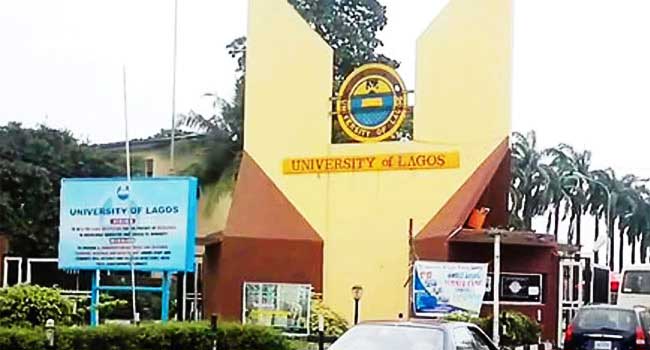 The management of the University of Lagos (UNILAG) has ordered students to vacate hostels on campus over fears of COVID-19.

There were fears in the university community on Tuesday after a number of students contracted the disease. The development led the school management to convey an emergency Senate meeting on Wednesday.

In a statement issued after the meeting, the Senate said the students who tested positive for the disease, are being treated, and contact tracing already in place.

“The situation is, indeed, worrisome especially noting the reluctance of the
majority of students to comply with the COV1D-19 prevention protocols,” the statement read.

“To avoid the escalation of cases on campus, the University Senate at an
emergency meeting held on Wednesday, 14th of July 2021 approved that all
students vacate the halls of residence by 12.00 pm on Thursday indeﬁnitely.
Lectures for the rest of the semester will continue to be delivered virtually
with effect from 26th July 2021.”

Sources within the school equally confirmed receiving a Whatsapp broadcast message from the Dean of Students Affairs (DSA) informing them to leave the school’s hostels.

“Lectures for the rest of the semester will be delivered virtually with effect from 26th July 2021,” the message added.

Before now, UNILAG’s management had raised the alarm over “flu-like symptoms which are similar to COVID-19.

“The Medical Centre hereby assures all members of the university community, that all necessary actions in line with the federal and Lagos State Government guidelines have been taken regarding this potential threat in our community.”

COVID-19 cases have continued to soar in Nigeria amid concerns over the resurgence of a third wave of the disease.

On Tuesday, the Nigeria Centre for Disease Control (NCDC), the agency spearheading the fight against the pandemic said 154 more infections were confirmed in the country.

Lagos State which was the epicentre of infections during the first and second waves of the disease continues to record a higher number of cases amid concerns by the State Governor, Babajide Sanwo-Olu.

Of the number of confirmed infections for the day under review, Lagos State had 119 new cases, while Akwa Ibom followed with 11 more persons contracting the disease.

Although Nigeria detected the first case of the deadly Delta COVID-19 variant about a week ago, the NCDC report does not indicate if the new cases are that of the new strain.

Despite fears over the spike in cases and the confirmation of the highly contagious Delta strain, many Nigerians have abandoned safety protocols recommended by health authorities.

Transporters are carrying passengers in full capacity. In public places across the country, Nigerians have jettisoned the adoption of safety measures such as washing hands and the use of face masks.