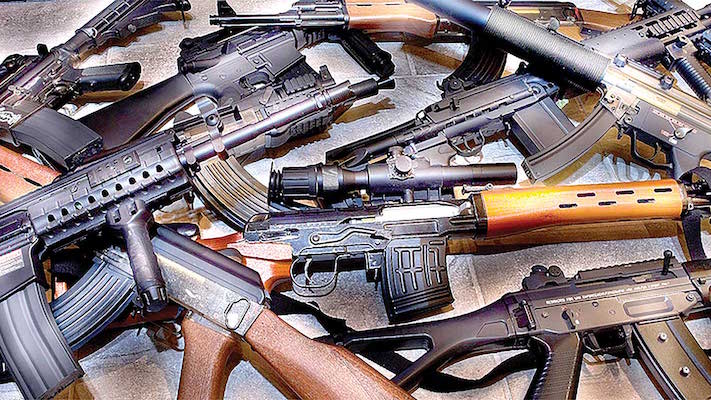 President Muhamadu Buhari has transmitted to the House of Representatives the Control of Small Arms and Light Weapons Bill, 2021 for consideration and passage into law.

Buhari’s request was contained in a letter addressed to the speaker of the House of Representatives and read on during plenary on Wednesday.

Speaker Femi Gbajabiamila, who read the letter said the president’s request was pursuant to Section 58(2) of the 1999 Constitution of the Federal Republic of Nigeria (as amended).

“National Centre for the Control of Small Arms and Light Weapons, when fully operationalised, would go a long way at expressing Nigeria’s optimism and practical commitment to the global fight against the proliferation of small arms and light weapons, including the mopping up of existing small arms and light weapons which have become a significant driver of insecurity across Nigeria.

“While hoping that this submission will receive the usual expeditious consideration of the House, please accept, Rt. Honourabe Speaker, the assurances of my highest consideration”, the letter read.

When passed and signed into law, the legislation would regulate the manufacture, storage, possession, use, distribution, purchase, sale, transportation, importation, and exportation of explosives and for related matters.

Buhari also wrote to the House, seeking approval for $4.054 billion and £710 million external loans to fund projects captured under the 2018-2021 borrowing plan.

BusinessDay had reported that the president on Tuesday asked the Senate to approve the same external fresh loans.

In the new request, read by Gbajabiamila, Buhari explained that the projects listed in the 2018-2021 Federal Government Borrowing Plan are to be financed through sovereign loans from the World Bank, French Development Agency (AFD), China-Exim Bank, International Fund for Agricultural Development (IFAD), Credit Suisse Group and Standard Chatered/China Export and Credit (SINOSURE) in the total sum of $4,054,476,863.00; €710,000,000.00 and Grant Component of $125,000,000.00.

He further said that the amount would be used to fund federal and state projects and COVID-19 response efforts.