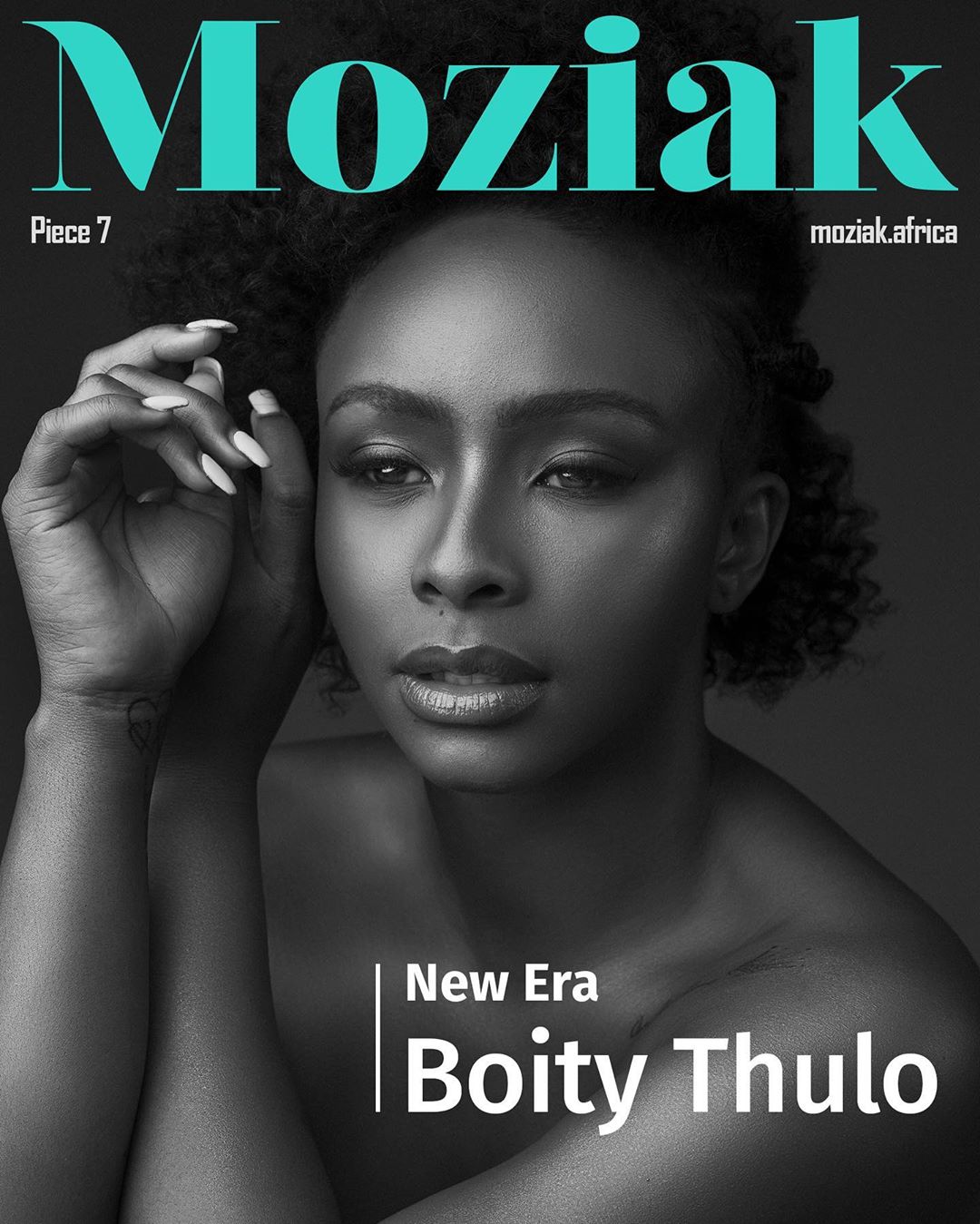 Actress, rapper and TV HostÂ Boity Thulo is the cover star for Moziak Magazine Africaâ€™s June 2019 issue. For the cover feature, Boity is giving us a pared-back beauty look.

Inside the issue, she talks about the misconceptions around fame, being pigeonholed and her new career.

Read excerpts from her interview below:

Boity on being an It Girl

Itâ€™s a very weird thing because even now I just have this weird touch and go feeling about this â€˜celebâ€™ thing, Iâ€™m just like okay I guess I am but am I really?

I think itâ€™s because I have an on and off button which some people donâ€™t.

I know when it is time to switch on this brand and get ready to work and in certain spaces I feel I donâ€™t need to do that anymore because I donâ€™t want it to own me, I donâ€™t want to be owned by this thing or status because it obviously doesnâ€™t last forever so I donâ€™t want one day when it is all gone to not feel like a human being.â€�

â€œThe moment though where I felt like this was real was when the Fergusons asked me to be on their show, which was the greatest affirmation of my entire career

Boity on branching out

The biggest thing for me in this journey was being fearless and fighting against the notion that you can only belong in one box.â€�

â€œI think there is a little bit of an issue of our people in the country, they celebrate us according to what they believe we are worthy of.â€�

â€œIt is only when they feel you are doing something that is okay with them that they celebrate you but when you do something beyond their vision or what they like or think your image should be, there is an outrage.â€�