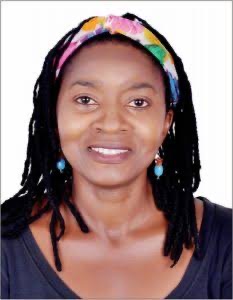 Historians may well record that the use of the word “Biafra” to get self-determination has been the biggest scam of the 21st Century. Those pulling it off are banking on several things: a population that does not like to read, emotionalism, and corruption.

By reading, one would have learned that the word “Biafra” does not meet the required criteria when it comes to obtaining self-determination, and thus escape being swindled. The “Montevideo Convention on the Rights and Duties of States” lists the four criteria for self-determination, as: (1) A permanent population; (2) A defined territory; (3) Government; (4) The capacity to enter into relations with other states. Since there is NO DEFINED TERRITORY for “Biafra”, it fails all the other three criteria too.

The most vocal of the groups falsely promising to bring about freedom and self-determination through the word “Biafra” is the Indigenous people of Biafra (IPOB). Going by their activities, this group is actually a gang or street gang that uses threats and deadly violence against its members, and members of the public. That makes IPOB a significant hindrance, and a danger to Igbos who are seeking a free society, where they can also live in safety. IPOB carry out plain deception in order to make money from others with the promise of “Biafra restoration” that involves manipulating pictures and video footage to make it look as if there is activity going on. There are quite amateurish-looking photographs of IPOB leaders available on the internet with obviously fake backgrounds. Plus their members abroad visit government buildings as tourists then claim that they had meetings with officials and diplomats. Earlier this year Ilana Omo Oodua the Yoruba self-determination organisation and a key member of the NINAS Movement, issued a Disclaimer to state that they were not in any working relationship with IPOB or its leader. That was in response to posters with photos showing the IPOB leader with two Yoruba leaders making it seem they were coming together for a rally in a European city.

Being fake activists is one thing, but being a violent gang is quite something else. That is what should mostly concern Igbos because the presence of this gang in their midst if a stop is not put to their anti-social and violent activities, would mean not self-determination at all, but a society ruled by fear and violence, as Igbos are already seeing with IPOB’s sit-at-home enforced by threats and actual reports of deadly violence. This is why it is baffling that World Igbo Congress (WIC) would support a gang like IPOB, identified in the influential U.S. Commission on International Religious Freedom (USCIRF) Annual Report 2020 (page 27) as one of the violent groups causing concern in Nigeria.

In January 2021, WIC took out a Notice in the Nigerian Guardian newspaper where they stated “…Recently and through various news media we have come to learn about the Eastern Security Network (ESN) [this is another name for IPOB] that is DESIGNED [??? my emphasis] to provide additional security protection…”. At the time, there had been several dissenting voices. The main criticisms were that IPOB/ESN was solely (and remotely) controlled by the IPOB leader based in Britain, and there was already a community vigilante system which could be better reinforced to provide improved security. We can also add that since ESN members are unknown, they are not vetted, no police checks were done on them and being unknown, what they are capable of doing is actually unknown. That creates confusion, plus it gives them cover to hide from taking responsibility for their activities. It is true that there is a real deadly menace from armed Fulani, and Igbo communities must protect themselves from their attacks. However, WIC whose members are in safety, mainly based in America and Europe where it is unheard of for UNKNOWN men to become any “security”, should explain why they support such a thing in Igbo land, and that begs the question: Were there any inducements to do so? Equally importantly, IPOB claims to be working for self-determination. What work did WIC see in order to give IPOB and its leadership credibility that led to supporting their ESN?

The methods used by IPOB are far removed from what one expects from a genuine self-determination organisation which would be: being courteous and approachable. Rather, IPOB exhibits the characteristics of a gang. IPOB are known for Internet Banging: They use social media platforms eg Twitter, Facebook, YouTube and their internet radio to make threats, and incite violence that has led to reports of people being killed and property destroyed. In addition, they carry out repeated victimization of those who criticise them by using vulgar language, insults and threats, making their presence easily identifiable on social media sites. Being a gang, they use fear to keep their members in check. Those who left IPOB or got arrested by Law Enforcement report that there is oath-taking, occult (fetish) practices, and when labelled a saboteur (“sabo”) it can lead to torture and maiming (including full castration), and lynching (burning alive).

IPOB has yet to provide (verifiable) evidence of the “Biafra restoration” work they claim to have done. What is now clear from the killings, destruction of property, and sit-at-home commands is that FEAR is what IPOB has to offer Igbos. The power that IPOB has over Igbos is in the word “Biafra”. It is the emotions created by that word that IPOB latch onto, then they use deceit and fear to control people. Fortunately there is a way to be set free. It is by putting aside the word “Biafra” and replacing it with the word “self-determination”. Igbos can therefore achieve freedom using the word SELF-DETERMINATION like Yoruba and other ethnic nations are doing. Fortunately too, the Lower Niger Congress, the self-determination organisation for South-East (Igbos) and South-South has already done most of the work and it is now at combined Stage 14 and 15 out of 16 Stages. Thus, through the NINAS Movement, a joint-action Alliance with the Yoruba and Middle Belt, Igbos can get the self-determination they have been struggling for since 1966.

ALSO READ  From BDCs to DMBs, through the looking glass, By Uddin Ifeanyi

Finally, in Part 3 the desolate place that the word “Biafra” is likely to take Igbo Nation to, if not set aside, will be discussed.

Ndidi Uwechue is a British citizen with Igbo heritage from the Lower Niger Bloc. She is a retired Metropolitan (London) Police Officer, she is a signatory to the Constitutional Force Majeure, and she writes from Abuja.