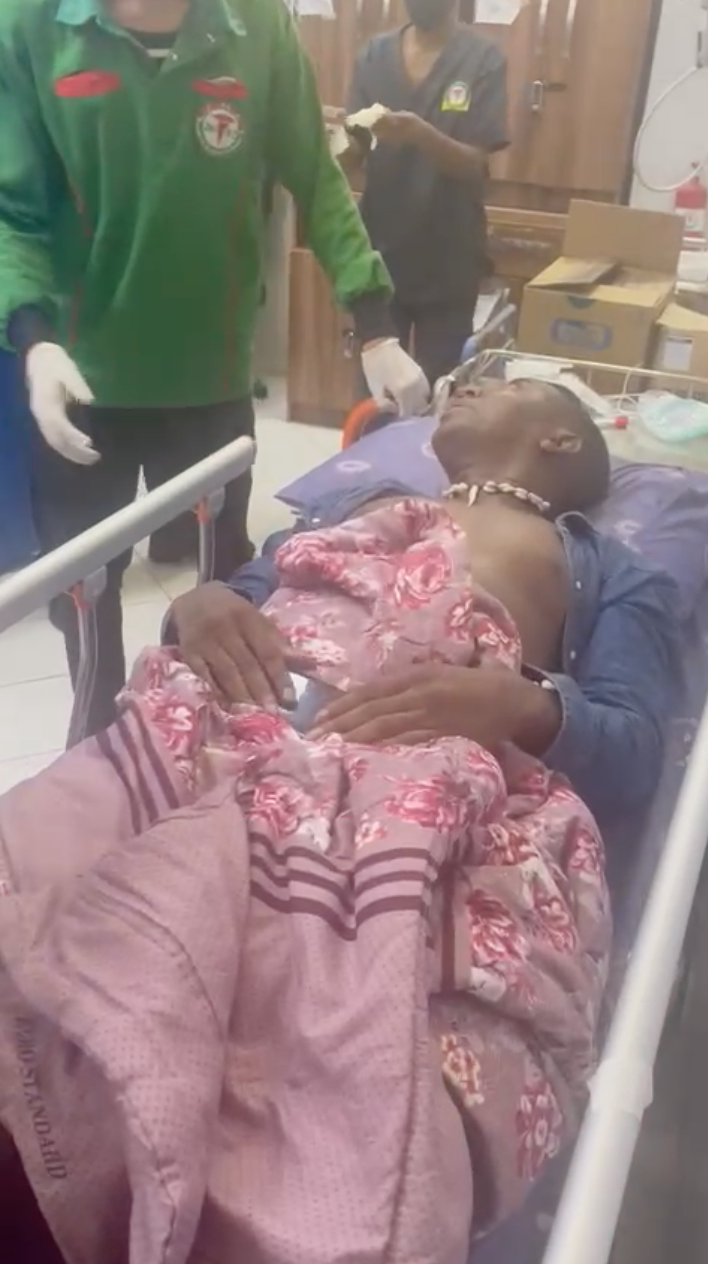 For the upteenth time, the Nigerian ruling class has launched another deadly attack on Omoyele Sowore, the National Chairman of the African Action Congress (AAC) and leader of the TakeItBack Movement (TIB.) This time, it’s at Unity Fountain and it’s yet again the same SARS Squad that made the last attempt on Sowore and other comrades’ lives during the January 1st #RevolutionNow Crossover Night. I narrowly escaped that brutality myself. The grouse of the Nigerian rulers is that Sowore is leading the most sophisticated, ideological, and consistent opposition to its current Fascist momentum which is meant to destroy the heightening hunger of millions of Nigerian workers and youths for a new and pro-people country.

The protest at Unity Fountain was called by the Femi Falana-led T-PAPS and Omoyele Sowore was invited alongside other change-seeking activists and people. As early as 6.00am, the Unity Fountain had been sealed by war-ready police and DSS officers. The police officers on the ground engaged with Sowore to reach out to FCT CP Bala, who evidently denied the order to seal the fountain. But within a few minutes, the DSP Altine-led SARS Squad stormed the venue and started shooting. DSP Altine Daniel herself shot directly at Sowore and even told him pointedly after the activist queried that; “I did!”

Sowore at the hospital after being shot

But DSP Altine and the police thugs of President Buhari have failed again. Their plan to destroy all genuine voices of dissent is shattered. This is the third deadly attack on Sowore after the Great #ENDSARS Revolt which baptized and energized the Buhari-taunted “lazy youths” and turned them to a coconut head-generation that globally ‘sorosoke’ for a new democratic, economically developed and sustainable, secure, and pro-people Nigeria. The fourteen days of #EndSARS was so great that it shook not only the Buhari government, but the whole world!

The last point of the 5FOR5 Demands of the #EndSARS Revolt was salary increment and welfare of police and military rank and files. We urge all sensible police and military guys to start thinking from their hearts and stop licking the anus of their officers of impunity, who are the ones ‘chopping’ their lives all around while the rank and files are suffering and facing the hell of insecurity and terrororism. Many police guys are ambitious state terrorists themselves, but many still have some hearts. These ones must organize and be counted amongst the millions who truly want a country of peace and prosperity. The lessons of the 2002 National Police Strike need to be learnt and advanced.

However, what are the lessons from this particular attack?

First is that the Nigerian Ruling Class is testing the waters. I witnessed the New Year 2021 Crossover attack. The drunk SARS officers were pointedly agitated to inflict deadly injuries on us all, and especially Omoyele Sowore. Same DSP Altine called his bosses after the headbutt that broke Sowore’s nose by DSP Suleiman Abdulkadir, and jubilantly announced that she had captured the big fish. But the protests afterwards caused them big regrets.

Also, this second straight shooting at Sowore was almost like the one at the front of the National Assembly when the Abuja Six were arrested. That same DSP Altine-led SARS Squad, let the cat out of the bag that the Buhari government is determined to go bunkers to eliminate all forms of real and formidable opposition.

Finally, the deadly attacks on Sowore have shown that what the government fears the most is revolution! The Five-Point Demands of the #RevolutionNow of: An Economy that Works For the Masses; An Effective and Democratic End To Insecurity;  An End To Systemic Corruption and For Total System Change; The Immediate Implementation of N30,000 Minimum Wage; and Free and Quality Education and Healthcare For All hit the nails at the heads while the Coalition For Revolution (CORE)’s Charter of Demands is an altruistic and radically historic booklet that opens the road to a new thinking for a new world in a new Nigeria.

The  Buhari government is a cowardly affliction that must be defeated. Only the unity of all oppressed will instructively respond surgically and more safely to end the shenanigans of our oppressors. Scattered we may lose. From North to South, oppressions and mass poverty are things to unite us rather than divide us. Let all us all, by June 12, show the Buhari government that we all can march together in our millions to win. In the North, we march in millions to defeat Boko Haram, ISWAP, Bandits, and the state terrorists. From East to South, we march against Unknown Gunmen, Bandits, Kidnappers, and the Palliative Rogues in government. Our oppressors are one and the same in different agbada, babariga, and suits. Only by uniting all struggles of workers and youths like the January 2012 Uprising Against Subsidy Removal and the #EndSARS Revolts to a gigantic #RevolutionNow will we ever get the new Nigeria we want. As we soldier on, and Omoyele Sowore has bounced back like the lion is wont to, we point all our ten fingers of ‘waka’ to boo the Bubu and the ruling class in the words taken from Wole Soyinka’s “Abiku” that: “In vain your bangles cast!”