APC state congress may run into crises over imposition of candidates 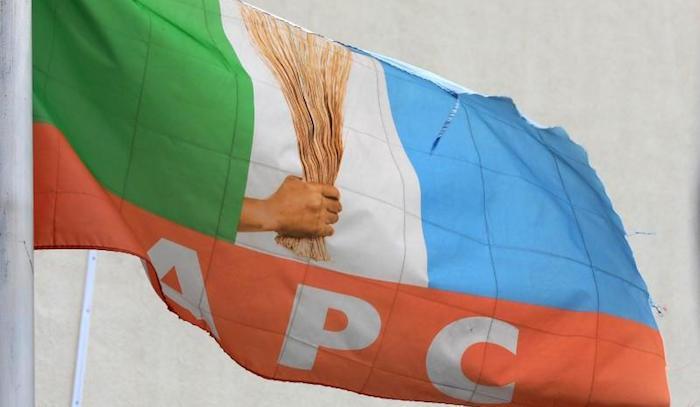 There are growing concerns that Saturday’s state congress of the ruling All Progressives Congress (APC) may lead to deeper implosion in several states chapters across the country if the continued move to impose certain individuals on party members is not checked.

Across the country some members are challenging the way and manner the APC is being run and demanding a complete overhaul of the system.

This crisis perhaps escalated after the controversy that trailed the ward and local government congresses where parallel congresses were held by the separate factions in these states.

For instance, in Ogun State, Governor Dapo Abiodun is slugging it out with his predecessor, Senator Ibikunle Amosun; Governor AbdulRahman AbdulRazaq is at loggerheads with Lai Mohammed, minister of Information and Culture, in Kwara State.

Such is the scenario in Osun State where Governor Gboyega Oyetola is struggling with his predecessor and Minister of Interior, Rauf Aregbesola over the control of the party machinery in the state.

In Lagos State, several groups within the party, such as Lagos4Lagos, the Conscience Forum, the AAMCO, and the Democrats Political, have consistently protested alleged injustice in the party and the continued exclusion of their members in decision making.

The groups have risen to challenge the dominant APC national leader, Bola Tinubu over the party politics in the state and are seeking for more inclusion in the running of affairs in Lagos APC.

ALSO READ  Dangote Refinery in talks with traders for loan

Meanwhile, the national caretaker committee of the party’s decision to adopt consensus arrangement at Saturday’s state congress is likely to cause further trouble in many states chapters; especially in Lagos, this is just as stakeholders and party members have kicked against the arrangement.

Thought the party said the arrangement is met to reduce acrimony within the APC when it elects its officials.

For instance in Lagos State, several chieftains of the APC have complained alleged marginalisation in Lagos APC, vehemently threatening to reject any consensus arrangement for the October 16 state congress, they said the arrangement was met to foist selected individuals on them vowing to fight the system.

Moshood Salvador, a chieftain of the party in the state in an interview with Journalists, recently complained about the continued marginalisation of some members, despite their effort toward APC success in the general elections in 2019.

“We are not against the party we have contributed to the progress of APC in Lagos State; the lack of inclusiveness is what we are talking about.

“The party cannot be doing something and they push some people outside the arrangement”, Salvador had said.

Also, Olajide Adediran, the Lead Visioner of a political group in the Lagos APC, Lagos4Lagos, has consistently criticized the running of the party, saying that he could not continue to watch the lack of transparency and injustice in the chapter.

“How can somebody tell us to go there today, come here tomorrow and all of us are obeying, and just one person. For two decades running some of us believe we should not continue that way”, Adediran said recently.

However, it appears party members’ hope of an open process may have been dashed, this is just as it emerged on Tuesday that the Governor’s Advisory Council (GAC), the highest decision-making body in the party in Lagos, had moved the party chairmanship to Ojo Local Government.

Reports indicate that the GAC settled for a former Commissioner for Rural Development, Pastor Cornelius Ojelabi, who is from Ojo Local Government in the Lagos West Senatorial District as the consensus candidate for the position of APC state chairman in LAGOS.

In the last few weeks, three individuals had signified their interest to contest the APC chairmanship position.

They are Sunday Ajayi, who is the candidate representing the Lagos4Lagos, Fouad Oki, a former vice chairman of the party in the state and democrats leader, have also indicated his interest to contest for office.

Also contesting the chairmanship race is Beatrice Omotayo Tugbobo, who was once chairman of Mushin local government area.

The aspirants in separate interviews with Journalists had promised to turn around the fortunes of the party in the state.

For now, it is becoming apparent from all indications that Ojelabi may emerge as next chairman of Lagos APC on Saturday.

It is not clear what would be the faith of other aspirants for the position, however, there are strong indications that just like the ward and local government congresses the different factions would stage a parallel state congress on Saturday.

A source within one of the aggrieved groups in Lagos, however, kicked against Ojelabi’s emergence, adding that his group would not accept the decision.

ALSO READ  With Vetifly, Nigerians can experience a different way to move

“We know this would be their plan, we are expecting it, this is their usual style but we would not just sit and watch this fraudulent process on Saturday”.

Several party chieftains across Lagos State said they were not aware of Ojelabi’s emergence as they only heard the report in the media.

“You are the third person calling me about this today; I don’t know about it, I only saw the report online”, a party chieftain said.

However, observers say that the decision of GAC to settle for Ojelabi as consensus candidate would not solve the agitations in Lagos APC and would only further aggravate the crisis because it was not done in consultation with other aggrieved groups in the party.

“Looking critical at why the aggrieved groups were agitating, it was about the process not the personality holding position, ” Wale Ogun, political analyst said.

Ogun said the APC in Lagos state must fashion out a credible process of selecting officials and candidates.

“So, for the party in Lagos to have headway and long lasting peace, it must allow for a credible process of selecting its state executives and party candidates ahead of 2023 general elections”, Ogun added.