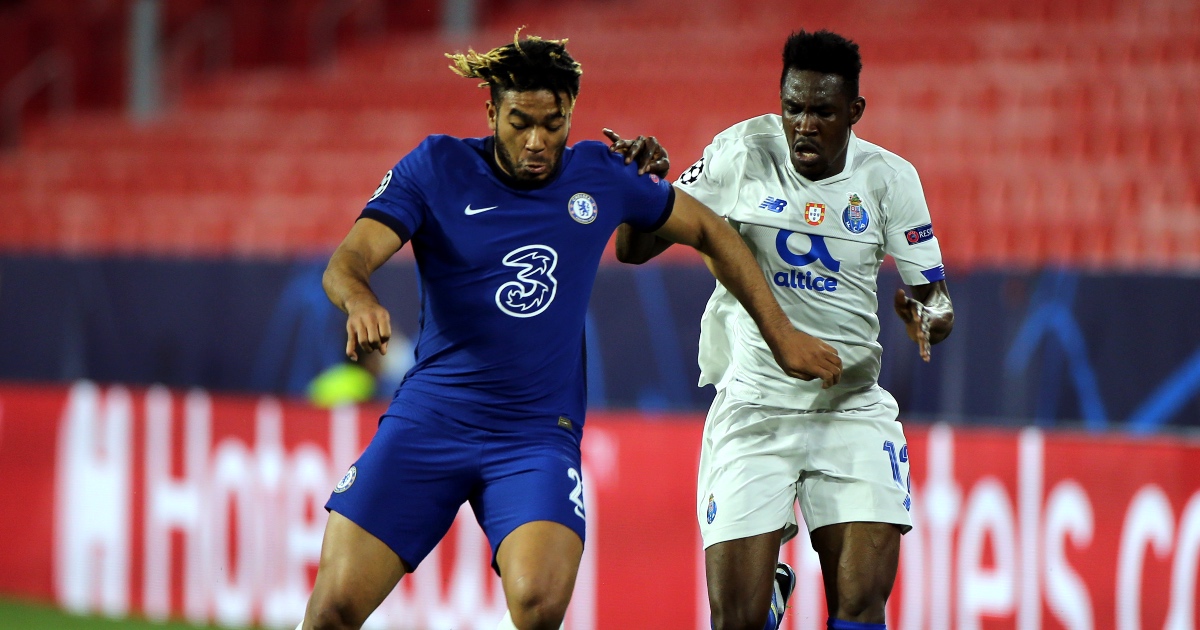 The agent of a player targeted by Wolves has revealed his client had ‘one foot out of Porto’ in the summer.

The West Midlands outfit have had a mixed start to life under Portuguese manager Bruno Lage. They lost their first three Premier League games 1-0, before picking up their first victory at the weekend.

Wolves beat Watford 2-0 away from home thanks to Francisco Sierralta’s own goal and Hwang Hee-chan’s close-range finish.

Lage likes to operate with Romain Saiss at left centre-back and Fernando Marcal at left wing-back. But club chiefs attempted to bring in a 24-year-old left-back from Porto during the summer.

That man is Porto’s Zaidu Sanusi. He is a Nigeria international who made 25 appearances in the Portuguese top flight last season, scoring one goal.

Sanusi kept Cristiano Ronaldo at bay in the Champions League as Porto knocked Juventus out in the round of 16.

Wolves were expected to make a bid for his services, but were put off by his £17m price tag.

Sanusi’s agent has now spoken about the transfer saga for the first time. He said (via HITC): “We got the message the [Porto] coach [Conceicao] wanted him to stay. It was unexpected as we thought he had one foot out of the club.

“He made it clear Zaidu is part of his plans and Wendell, the new left-back, isn’t coming in to take his spot.

“He explained how he believes the competition for a starting berth will improve Zaidu in the long run. He was also clear he sees Ivan Marcano as a centre-back, even though he played him more as a left-back recently.

“It’s a fresh start for Zaidu and he has to pick up pace again to make the spot his, like it has always been. He’s up for the challenge and hopefully he will triumph.”

Sanusi featured in Porto’s first two games of the season but has since been kept on the bench.

A January move could take place if his manager does not keep to his word on Sanusi’s game time.

Wolves have been handed a boost in their pursuit of Croatia defender Duje Caleta-Car, according to reports.

The centre-half was tipped for a summer move, only to reject advances from other clubs.

Marseille subsequently dropped him from their first team as punishment. But French outlet L’Equipe write that they have softened up in recent weeks.

The Ligue Un side are ready to cash in and move Caleta-Car on during the January transfer window.