AfCFTA suffers some setbacks but there is progress 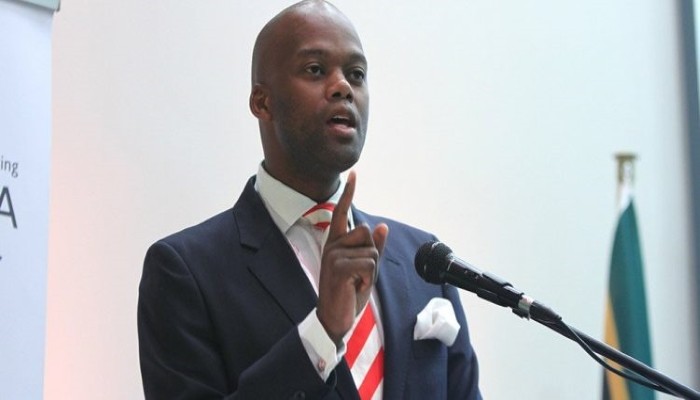 The African Continental Free Trade Agreement (AfCFTA) has suffered some setbacks due to the lack of an integrated payment system; infrastructure deficit and low economic competitiveness among some member countries but there have progress made too.

To address the payment system, the AfCTA secretariat has said it is working to ensure the take-off of the Pan African Payment and Settlement System (PAPSS) by the end of 2021 and ensure that countries switch to the payment system.

Wamkele Mene, secretary general of AfCFTA who was visiting Nigeria said this on Tuesday during an interaction with some select journalists in Abuja.

He informed that the piloting of the platform has already begun smoothly in six countries and transactions are already happening.

He said the secretariat will therefore be engaging with Central Banks across other countries to set up the payment system in their own jurisdictions.

Mene noted that Africa has 42 currencies, making the cost of currency convertibility difficult and creating difficulties in deploying a single currency that is needed to facilitate trade in the region. He said this is a major constraint to intra-African trade.

“It makes us inefficient, it makes our trade unnecessarily expensive, it adds to the cost of doing business especially for Small and Medium Enterprises (SMEs).”

Mene noted that the payment enterprise is estimated to reduce the cost of transactions by $5 billion annually. “We will not boost intra-African trade with 42 currencies.  So all of us must move as quickly as possible”, he said.

He added, “When the system is fully up and running, you will be able to transact with somebody in Kenya, you will transact in Naira and they will receive Kenyan Shillings. Aftexim Bank will be the correspondent facility. We won’t have a common currency overnight in Africa, we are still going to grapple with these challenges of different currencies, but with the payment systems, we are taking the first major steps to address some of the challenges that are related to currency.”

He further informed that the Secretariat is working to integrate the already existing regional payment platforms in Southern Africa and East Africa.

The secretary general also noted that there are still concerns around unequal advantage due to the imbalance in export capacities of nations in addition to the huge infrastructural deficit in countries.

Quoting statistics from the African Development Bank, Mene said Africa has an infrastructure deficit of over $100 billion. He said the objectives of AFCFTA will be defeated without the infrastructure that supports trade.

Mene said though some countries like Togo, Egypt have done well in improving their infrastructure, he however said more still needs to be done and called on countries to see this as an investment opportunity.

On the ratification and implementation of the agreement, Mene informed that 38 countries have so far ratified the document and the Secretariat is waiting on other countries to ratify the agreement establishing the AFCFTA.

He noted that the domestic process and rules that must be followed in ratifying and international documents are delaying the ratification in other countries.

He said South Africa, Egypt, Ghana, Kenya have introduced the necessary customs procedures required to trade in a commercial and meaningful way.

The secretary general further informed that AFCFTA is still in the first phase of implementation and negotiating outstanding areas of phase one.

“You would remember that phase one is trading in goods and trade in services.  Phase two which we will start in July/August is intellectual property rights, competition policy, women in trade, digital trade. These are the new generation trade issues that will be the next area of work that we will be focusing on.

“The ambition is that in 15 years from now, 97 percent of products traded in Africa should be in zero duty and that’s a very ambitious project. We want to make sure that we boost Intra-African trade by reducing these barriers to trade”, he said.

He called on Africans to be patient, explaining that the process is a difficult one, but success is assured.

“I think Africans should be patient and understand that we are in the initial stages of significant endeavour and that is bringing together 38 countries to trade under a single set of rules. It is not an easy thing to do. What we are doing is a difficult task. It is time-consuming, it will require that we be patient and we shall see the results in years to come.

“So, when I get asked the question “are you worried about the slowness “, my response is no, I am not worried,  because typically,  negotiating and implementing trade agreements is not something that happens overnight.

Speaking further, Mene said the Secretariat is establishing an AFCFTA fund intended to help countries at different levels of industrial development adjust to the implementation of the trade agreement; to enable them to become more competitive in manufacturing, agriculture processing, or whichever sector the country decides to use the funds for.

“If we had not come up with this tool, this agreement would have benefitted only those countries that already have a manufacturing capacity”, he said.

While stressing that Africa is not globally competitive enough, Mene reiterated that AFCFTA is a great opportunity to achieve that, by consolidating on a market of 1.2 billion people and a combined GDP of 3.4 trillion dollars.

Mene also reiterated that Africa must tackle its security challenges to the seamless implementation of the agreement.